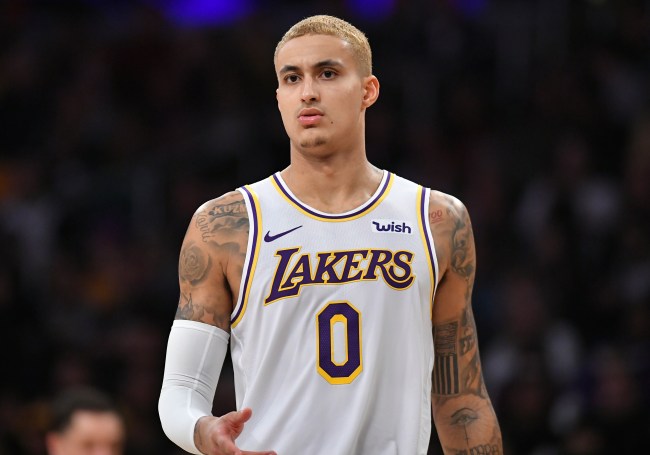 Earlier this year during the playoffs fans started a petition to prevent Kuzma from getting a ring if the Lakers won a championship.

It has already received over 5,000 signatures pic.twitter.com/lqmH7ziEpG

On Friday, Kuzma posted a Puma commercial on social media where he says he gets motivation from reading mean tweets from all the haters on Twitter.

Kuzma really put Lakers fans and their slander in a commercial…I LOVE LA!

And let's keep it a buck, only Lakers fans had KCP and Kuz and Rondo traded every game last year. 😂😆😆 pic.twitter.com/w3CItjE8SC

Being wildly mediocre while getting carried by better people around him all the time whining that the world is against him. Kyle Kuzma belongs on Twitter and in LA 🤣🤣 https://t.co/i4ZqS8zkNv

Kuzma isn't even a top 9 player on his team and he got a Puma commercial. Ngl I'm jealous https://t.co/Dcqx0InhTM

The Kuzma commercial is incredible for the new heights of unintentional comedy it reaches.

I swear Kuzma better not just have dropped that puma commercial then drop 8 ppg next season!

Making your commercial about mean tweets has to be the most Kyle Kuzma thing ever https://t.co/Bpt7iJfZZ5

Kuzma, c'mon man, you're supposed to wait until you dont suck before making a "proving the haters wrong" commercial.

We get it. You're in the NBA. But so is… Frank Kaminsky. https://t.co/ULYlPndM2Q