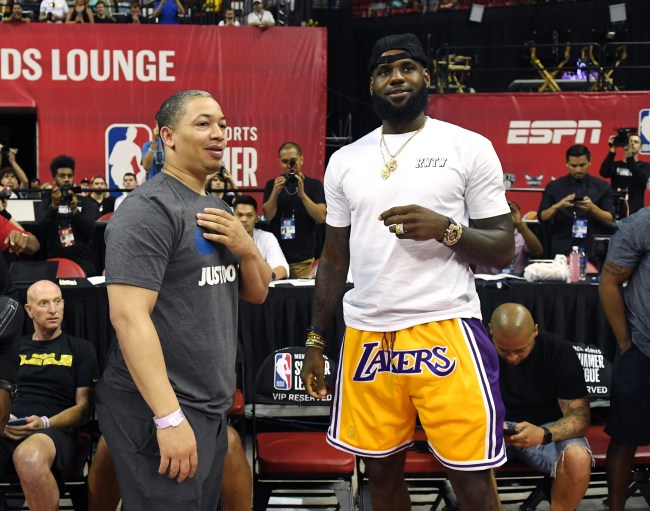 The Lakers coaching search is underway this week after the Lakers mutually parted ways with coach Luke Walton following a tumultuous season.

Luke Walton and the Los Angeles Lakers mutually parted ways on Friday. Less than a week later, the Sacramento Kings have hired Walton as their next head coach. Steve Kerr recently told the media that the Lakers are "losing one of the best people in the NBA!" pic.twitter.com/gPDygqKDme

Can confirm that the Lakers received permission to interview Miami assistant Juwan Howard. Source says Rob Pelinka plans to meet with Howard, Tyronn Lue and Monty Williams in the coming days, but travel plans are still being figured out.

According toa NY Times report by Marc Stein, Williams is being considered the favorite to win the coaching job because some in the Lakers organization may fear that hiring Ty Lue may give LeBron James too much power.

What that means so far is interviews for their coaching vacancy in the coming days with Monty Williams of the 76ers; Tyronn Lue, the former Cleveland Cavaliers coach; and the Miami Heat assistant Juwan Howard — with a buzz circulating in coaching circles that Williams has a stronger-than-expected shot at the job because some in the Lakers’ organization may fear hiring Lue would be giving LeBron too much control.

It’s still kind of crazy that Rob Pelinka won the Lakers power struggle and is now the one calling the shots.

The Lakers are expected to keep Rob Pelinka
➖➖➖
“If Anything His Power Will Grow”.