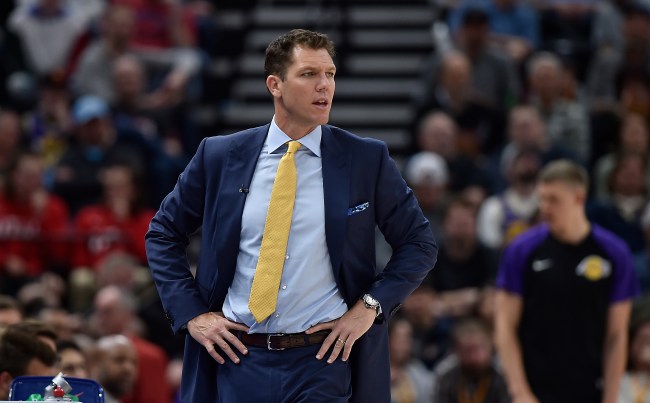 Lakers fans finally got what they wanted.

This afternoon, The Athletic’s Shams Charania announced that the Lakers had finally fired coach Luke Walton after a turbulent season.

Luke Walton is no longer head coach of the Lakers. The sides mutually parted. https://t.co/7bnnLfn7uY

The Los Angeles Lakers and Luke Walton have mutually agreed to part ways.

"We would like to thank Luke for his dedicated service over the last three years," said General Manager Rob Pelinka. "We wish Luke and his family the best of luck moving forward."https://t.co/3cgU3WPgnJ

Lakers fans on social media were overjoyed with the news.

Lakers fans were not too thrilled when it was revealed that LeBron’s former Cavs coach Ty Lue was the favorite to replace Walton.

If we hire him I’m out pic.twitter.com/uWTHv52FVZ