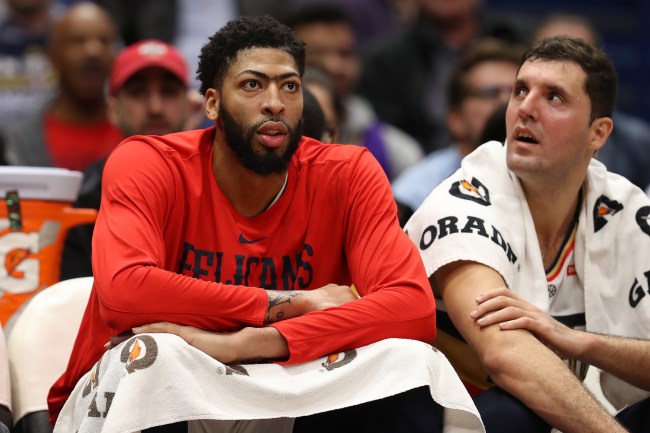 The LA Lakers are prepared to trade nearly half the team for Anthony Davis but apparently that isn’t enough for the Pelicans who reportedly want a “historic” amount of assets for the star big man.

Pels are waiting on Lakers to overwhelm them w/ an historic haul of picks. To Nola, that means Lakers offering 4 first-round and second-round picks as part of a Davis package. Pels want to be compensated – perhaps even overcompensated – to even consider a deal with LA now. https://t.co/Ft8rfe9EBZ

Lakers exec Magic Johnson doesn’t believe the Pelicans are acting in good faith and he has pulled the team out of trade talks due to New Orleans “outrageous” demands.

Magic Johnson, the Lakers president of basketball operations, told New Orleans general manager Dell Demps Tuesday morning that Los Angeles had made its best offer that the Pelicans had wanted, but that the Lakers were not willing to add anything else and would be moving on, a person said.

The Lakers were not going to give the Pelicans the six to eight draft picks they wanted for Davis, the person said, knowing that the four first-round picks and second-round picks were more than the Lakers would offer.

The Lakers' final offer, per @BA_Turner

There’s a sense around the league that the Pelicans are toying with the lakers because they’re angry at how Anthony Davis and Rich Paul have handled the entire situation.

I still believe the Pelicans will take the Lakers offer because it’s so good but we’ll have to wait and see until Thursday.