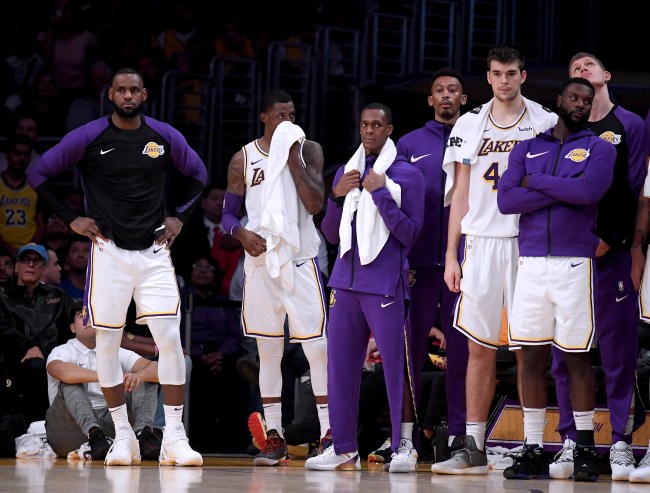 It’s been a rough offseason for the LA Lakers. Not only did Magic Johnson randomly quit on the team but they’re having a tough time hiring a coach and there doesn’t seem to be an end in sight.

In less than a span of the week the Lakers missed out on their top two coaching hires in Monty Williams and Ty Lue.

Ty Lue has informed the Lakers that he is moving on from trying to become Lakers head coach, per @BA_Turner pic.twitter.com/E7qiEZsgDR

Lakers now begin a new coaching search after Monty Williams took Suns job and Ty Lue and say both the Lakers both say they were moving on from each other.

It has since been revealed that Kurt and Linda Rambis opposed the hiring of Ty Lue are gaining power within the organization.

Apparently, the current front office dysfunction is “embarrassing” players according to Chris B Haynes of Yahoo Sports .

Is Jeanie Buss losing respect and credibility as an owner? Lakers players say they're "embarrassed" by what the team is doing.@ChrisBHaynes sits with @aborgestv on @YahooSports to explain how the Ty Lue situation fell apart.

“It’s the Lakers organization as a whole right now. You said it in your opening: It’s a laughingstock right now. Just the way everything was handled… It’s really frustrating for people who are involved with the team, and certainly for some of the players I’ve talked to. They call it an embarrassment. I’m talking about players for the Lakers. They consider an embarrassment what’s going on, and it’s not the ideal situation to be in.”