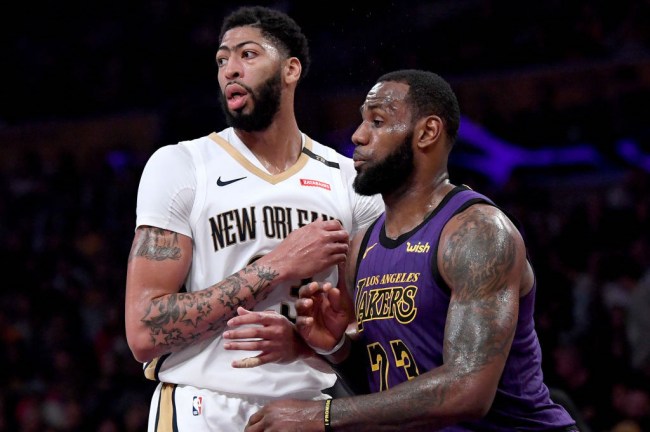 The LA Lakers found a third team in the Anthony Davis trade deal with New Orleans to take on some of their contracts so they could free up cap space to sign a max contract player this summer.

According to ESPN’s Adrian Wojnarowski, the Washington Wizards will receive Mo Wagner, Isaac Bonga and Jemerrio Jones in the deal.

Anthony Davis has also decided to clear his $4 million trade kicker which puts the Lakers at $32 million to sign a max free agent this summer.

Lakers GM Rob Pelinka has found a way to complete the Anthony Davis trade on July 6 with max space to spend on a single free agent — or divide the money among multiple players.

Here is the timeline on how the Lakers will utilize cap space on July 6:

Step 2: Conduct the Anthony Davis trade (acting as a team over the cap) using the 125% trade exception

Of course, the NBA world went crazy of the news.

The Lakers are trading Mo Wagner, Isaac Bonga and Jemerrio Jones to the Wizards.

And the Lakers now have $32M in cap space and can now sign a max player, per @wojespn. pic.twitter.com/B7Z348kIrq

Woj: The Lakers now have $32M in cap space

More cap room is always better than less cap room (obviously) but you have to think Anthony Davis isn't waiving his $4 million trade bonus and the Lakers aren't trading away last year's draft picks to clear a max slot to not sign a max player. Stay tuned.

Lakers now have space to sign this man. https://t.co/n6J8ue3Uak pic.twitter.com/b19KV0EbOC