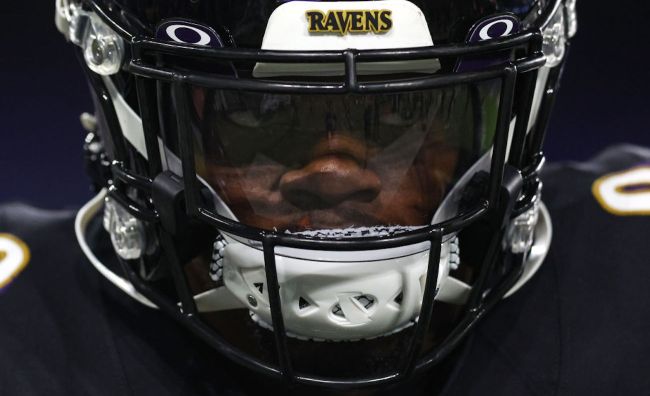 Lamar Jackson is only 24-years-old and already has an NFL MVP under his belt. That feels like the most underrated yet widely-known fact in football. Since coming into the league in 2018, the Baltimore Ravens have won at least 10 games every season (and are currently on pace to go 14-3 or 13-4 this year). He already holds the record for most single-season rushing yards by a quarterback (1,206) and it can be argued he hasn’t even scratched the surface of his prime. Jackson is so good that people are inventing strawman arguments to convince themselves that he’s not.

But after what Jackson pulled off against the Indianapolis Colts on Monday Night Football — bringing the Ravens back from being down 22-6 with 3:06 left in the third quarter — the “Lamar Jackson Is Overrated” ship is likely on the verge of being sunk.

Jackson threw for a franchise-record 442 yards and four touchdowns, leading the biggest comeback of his career in an epic 31-25 overtime victory over the Indianapolis Colts on Monday night.

Jackson accounted for 499 of the Ravens’ 523 yards for an offense that lost wide receiver Sammy Watkins (hamstring) and guard Ben Cleveland (knee) to injuries in the first half.

On Monday, Jackson became the first quarterback in the past 20 seasons to overcome a 16-point deficit in the fourth quarter and finish with 400 yards passing and four touchdown passes.

Jackson certainly knows how good he was, is, and will be, as cameras caught the former Louisville star apparently saying to himself “It’s over” as soon as the Ravens won the overtime coin toss. When someone that good at their craft, whatever that craft may be, is *that* laser-focused, the average among us usually fall by the wayside, which is exactly what happened to the Colts as Jackson marched his team straight down the field for a game-winning touchdown.

Appears like Lamar Jackson said “it’s over” when the Ravens won the OT coin toss pic.twitter.com/IRs8uu0Xxa

The AFC North-leading, 4-1 Ravens will continue their 2021 season on Sunday when they take on the AFC West-leading, 4-1 Los Angeles Chargers in Baltimore. Justin Herbert versus Jackson is going to be must-watch TV.