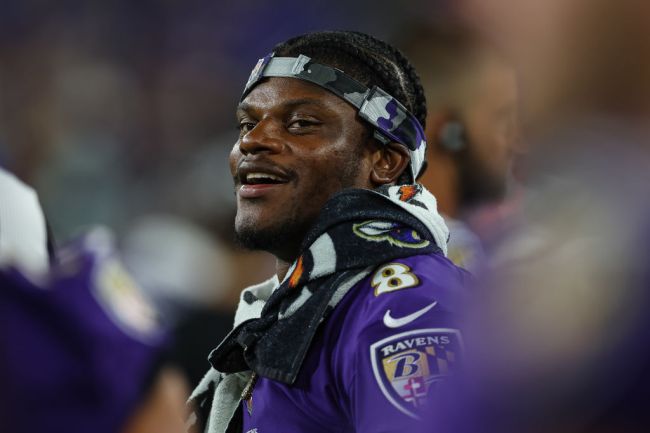 There have been some huge contracts signed by quarterbacks this offseason. Aaron Rodgers secured a hefty extension early in the offseason. Matt Stafford and Derek Carr quickly followed with big extensions of their own. Deshaun Watson secured the largest fully-guaranteed contract in league history. Even Kyler Murray got in on the action after just 3 years in the league.

However, there has been one notable name that has surprising been missing from the list of quarterbacks getting paid throughout this offseason.

Lamar Jackson is heading into the 5th year of his rookie contract, the last year of the deal. Yet, the Baltimore Ravens still haven’t worked out a deal with their star quarterback to ensure he’ll be a member of the team beyond this year.

Today, Jackson was asked about the situation and while he didn’t have any updates on where negotiations with the Ravens currently stand, he did reveal the deadline he has set for the negotiations. Jackson said that he would stop negotiating once the regular season begins for the Ravens.

Lamar Jackson said there were no updates on contract talks but indicated he will stop negotiations by the start of the regular season (which is four weeks away).

Asked if it's fair to say he wants a contract done or not done by Week 1, Jackson said: "Yeah, for sure."

It’s easy to wonder what exactly is holding up a deal for Jackson. Just 4 years into his career, Jackson has already led the Ravens to the playoffs twice and won the NFL MVP.

Based on that MVP history, he should be expected to receive more than the around $46 million per year that Murray received in his deal.

The Baltimore Ravens now have about a month to get a deal done or they could end up having to give Jackson an even bigger deal as QB contracts continue to grow.