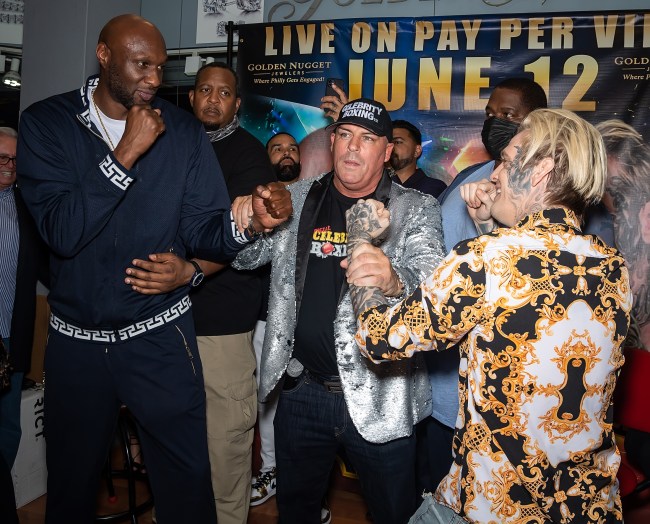 As soon as he stepped in the ring it was clear that Carter was way too small to be fighting Odom.

Odom immediately took advantage of the huge size disparity and put a beat down on Carter who tried his best to hit Lamar.

Lamar Odom with the first round knockdown of Aaron Carter pic.twitter.com/Ulh6A1ShW2

In the second round, Carter bizarrely tried to connect with some sort of spin punch and just kept getting hit by Odom.

Eventually, Carter took a knee and said he had enough.

Lamar Odom with the second round TKO victory over Aaron Carter pic.twitter.com/uQsKENRUjX

Hopefully, Carter hangs up the gloves and never fights again because this was sad as hell to watch.