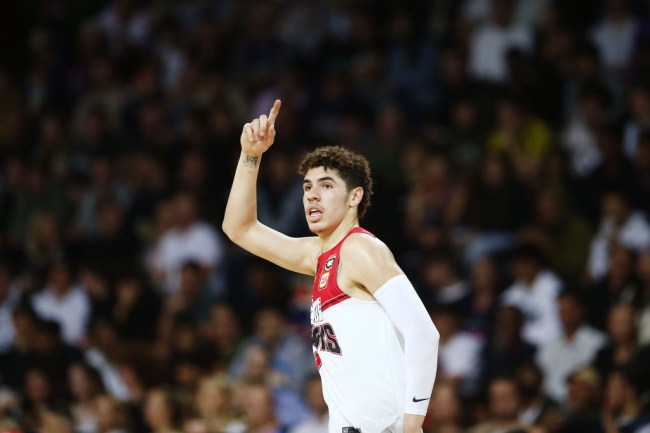 Not only is LaMelo Ball about to be one of the first names called at this year’s NBA Draft, but he’s also now the proud owner of an Australian basketball team. The 18-year-old and his manager, Jermaine Jackson, have reportedly purchased the NBL’s Illwara Hawks, which is the team Ball played for this past season.

Ball clearly loved his time in Australia playing for the Hawks.

“Melo loves the Illawarra fans,” Jackson told ESPN. “He loves that community. They opened their arms to him. They made us feel like we are at home.

“He is going to be locked into his NBA career, but we are going to hire the right people to oversee everything. He wants to create the best basketball program possible for that community there.”

Jackson also told ESPN that he thinks when future high school kids know that Ball owns the team then they too may want to take their talents to Australia.

“When high school kids hear LaMelo owns the team, they will want to come,” Jackson said. “They’ll know they will be taken care of. We’re going to put the organization on steroids, building it into a program that guys want to play for. I’m in touch with several former NBA GMs that want to go there to help out and high-level coaches that won every championship you can imagine.”

An 18-year-old teaming up with his manager to buy an NBL team is certainly a unique move, but it’s clear that that’s exactly what they’re going for. Not only has Ball proven that going to Australia could be a beneficial path for other young players around the world hoping to get to the NBA, but if Ball and the team around him can build the Hawks into something even bigger it could open up a lot of doors regarding high school players and the NCAA.

It certainly sounds like quite the undertaking to own a team on the other side of the world as a young NBA player, but hey, this is the Ball family we’re talking about.