ESPN Teases First Look At Upcoming Lance Armstrong ’30 For 30′, Which Is Sure To Uncover Some Of His B.S. 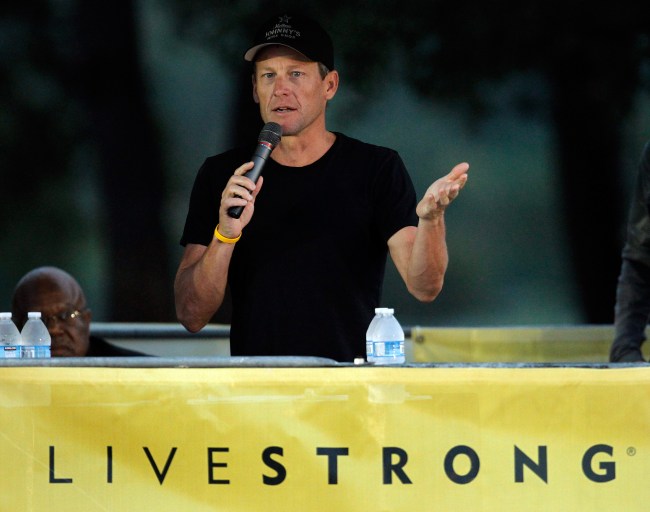 To most people, Lance Armstrong is the biggest fraud in sports. The *seven-time Tour de France winning cyclist was looked at as a hero after coming back and dominating the sport from 1999 to 2005 following his bout with testicular cancer. After inspiring millions and starting the Livestrong Foundation, things came crashing down in a heartbeat for Armstrong — as it was discovered he was using performance-enhancing drugs to achieve such success.

Instantly, Lance went from hero to villain, with many shunning any and all of his accomplishments, and writing him off as nothing more than the liar he became following his massive doping scandal.

But now it’s his turn to tell “his story,” in his own words, because ESPN just teased the upcoming 30 for 30 trailer about Lance Armstrong’s rise and fall from grace, which is set to air on Sunday, May 24 at 9 p.m. EST as the first of a two-part series. The documentary, which was directed by Marina Zenovich — who also directed the 2016 30 for 30, Fantastic Lies, about the Duke lacrosse scandal — goes deep into Armstrong’s story, interviewing a collection of his family, friends, teammates and rivals to show the complex side of the disgraced athlete. Take a look at the trailer below.

Although the above trailer for the upcoming Lance Armstrong 30 for 30 isn’t nearly as intense as the one released for Roy Halladay’s soon-to-come documentary, it’s still riveting AF. Although many have moved on from Armstrong now because of his lies and the way he cheated his way to the top of his sport — earning millions for himself in the process — it’ll be interesting to see if this documentary uncovers his reason for doing. Why did he need such glory? What was his motivation? And are there some regrets?

As mentioned, Lance is a two-part series, and will air on ESPN on May 24 at 9 p.m., with the second part airing the following Sunday on May 31 at the same time.

We’re all starved for as much content as humanly possible, especially of the sports variety, and with the Lance Armstrong documentary being the first 30 for 30 released following The Last Dance, here’s to hoping it’s just as in-depth in uncovering Armstrong’s lies. And remember that you can rewatch every single 30 for 30 on ESPN+, which is a must-have for all you diehard sports junkies.