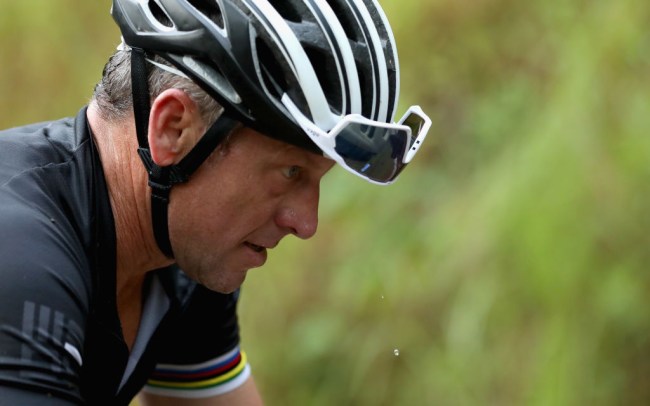 In the mid-2000s, a person’s worth was measured by exactly one thing: how many rubber bracelets you were wearing for a cause.

People around the United States engaged in a literal arms race as they stockpiled variously colored bands in a frantic attempt to make sure everyone knew that they were indeed a fan of good causes.

The craze’s Patient Zero was the yellow Livestrong bracelet popularized by Lance Armstrong, a man who captured the hearts and minds of the world when he went on to dominate the cycling world and win multiple Tour De France titles just a few years after recovering from cancer.

Armstrong helped raise millions of dollars for charity and inspired countless people who were motivated by a story that shows just how much human beings are capable of if they have enough determination.

Oh. And steroids. You also need some steroids.

After years of rumors and allegations, the thread on the yellow jacket began to unravel and Armstrong would finally admit to doping during an interview with Oprah in 2013.

The disgraced cyclist became embroiled in multiple lawsuits following his confession and would largely stay out of the public eye.

However, he recently emerged and sat down with CNBC for his first televised interview since coming clean, and as far as I can tell, he only agreed to the interview so he could let everyone know how rich he is now.

According to the outlet, Armstrong inadvertently invested in Uber in 2009 after giving $100,000 to a venture capital firm that stumbled upon a tiny operation rambling on about something called “ride-sharing.”

At the time, Uber was worth less than $4 million, which is ever-so-slightly less than the estimated $120 billion it’s currently valued at.

Armstrong said he’d assumed the firm was focusing on acquiring shares of Twitter but seems to be very pleased that they went a different route, claiming the tens of millions of dollars he’s made saved him and his family from financial disaster.

I’m sure the heckler who got his tab paid by Armstrong is pretty happy too.