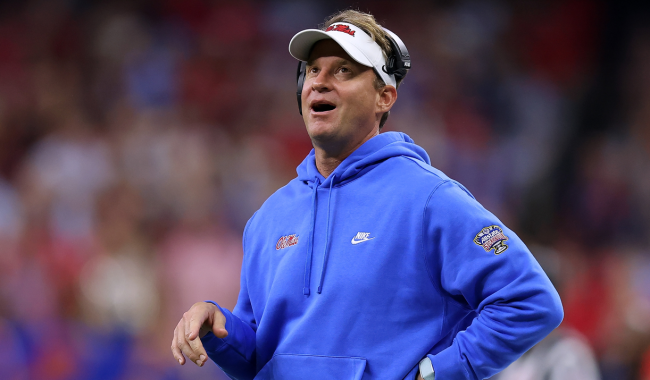 Last week, Clemson football head coach Dabo Swinney sounded off with his thoughts on the current state of college athletics. In particular, Swinney took aim at two recent changes in the system: the transfer portal and NIL (name, image and likeness) money.

Speaking to ESPN, Swinney said, among many things, “I think there’s going to be a complete blowup and restructuring of all of college athletics, especially football, and there needs to be. I think eventually there will be some type of break and another division.

“Right now, you got everybody in one group, and it’s not feasible. Alabama has different problems than Middle Tennessee, but we’re trying to make them all be the same and it’s just not.

“Again, there have been a lot of positives when it comes to the scholarships. But you’ve got all these people voting on things, and it’s just not apples to apples.”

“I read that — I actually texted him, ‘Good job,’ on it because it is,” said Kiffin. “I’m for the kids making money. It’s just there’s no — I said it from Day 1. No salary cap in the NFL — how does that work? And different teams have different money, and there’s no real contracts off it because they’re not necessarily locked in. So technically, everybody could be a free agent every year. And really — think about how messed up the system is.

“If you’re a great player — you’re Bryce Young after the national championship last year. You should go in the portal — even if you wanted to stay at Alabama, ’cause all you’ll do is drive up your price there, because then the collectives, they’ll suddenly come with a lot of money, Alabama people to keep you. So what would any player do — to opt into a free agency every year? They would do it, test the market, and get the most you could.”

Swinney also pointed out during his conversation with ESPN, “My transfer portal is right there in that locker room, because if I’m constantly going out every year and adding guys from the transfer portal, I’m telling all those guys in that locker room that I don’t believe in them, that I don’t think they can play,” he said. “We’re also not doing our job as coaches and recruiters if we’re bringing in a bunch of transfers. We’re not going to build our roster on transfers.”

Whether that is the correct stance to take in this day and age of college sports obviously remains to be seen.