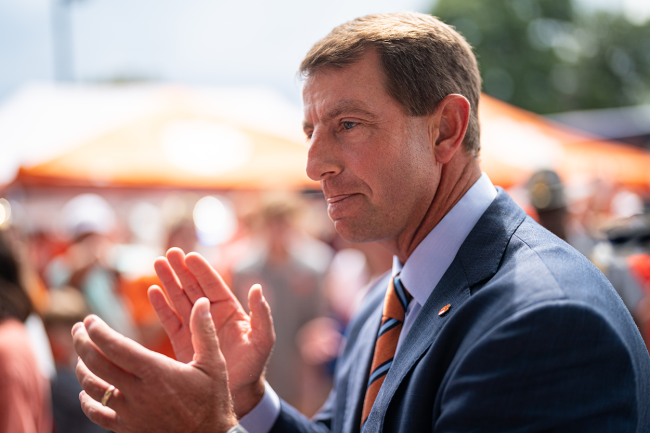 When the NCAA implemented the transfer portal in 2018, it changed the landscape of college athletics. Players were granted a one-time transfer without penalty, meaning that they can leave for any reason at any time and are immediately eligible upon arrival at their new program.

It is a very good thing. Players have more power and are granted the freedom to change their minds.

While the transfer portal has been overwhelmingly positive for the athletes, there are undeniable kinks to be worked out.

Part of the necessary changes might include a window, much like the EPL, in which players can enter the portal. There is also an issue with its direct impact on high school recruits.

Transfers are getting roster and scholarship spots over low-end recruits who have historically filled out the back end of recruiting class. There is no clear answer as to how to solve that issue, but it makes perfect sense as to why it is the way that it is.

Transfers who can play right away and are already acclimated to the collegiate level have more value than a high schooler who needs time to develop. Thus, it makes a lot of strategic sense for college coaches to value a transfer over a high schooler.

For Dabo Swinney, however, his views on the transfer portal are stuck in 2018.

While coaches like Lincoln Riley and Lane Kiffin are rebuilding their rosters primarily through the transfer portal, Swinney isn’t interested. He wants to build his program the old-fashioned way, even if that isn’t the most effective or efficient way of doing things.

Swinney recently spoke with ESPN’s Chris Lowe about the portal and had a lot to say. As is per usual, it was a lot of blabbering, and his comments were stuck in the past rather than about how he plans to embrace the present day.

“My transfer portal is right there in that locker room, because if I’m constantly going out every year and adding guys from the transfer portal, I’m telling all those guys in that locker room that I don’t believe in them, that I don’t think they can play,” he said. “We’re also not doing our job as coaches and recruiters if we’re bringing in a bunch of transfers. We’re not going to build our roster on transfers.”

Dabo Swinney can obviously do what he wants with the transfer portal at Clemson.

However, his mindset is antiquated and schools are going to pass Clemson by in terms of the talent it chooses to bring in from the portal rather than high schools. He doesn’t care.

“Again, if we’re having to use it to help build our roster, that means we’ve missed on kids and we’re no longer signing the best of the best out there,” he continued. “I don’t see that coming. We’ll have to use it, but only to fill a gap. There’s nobody on the planet that won’t have to use it. Just like this year, we’re down one in the offensive line and we need to find a guy, so we’re actively looking for an offensive lineman between now and May to get him in here for summer school. But we’re not just going to take a guy to take a guy because we think he’s a good player.”

It will be interesting to see if or how Swinney’s views changes as success either comes or goes for the Tigers in coming years. Why wouldn’t a college football coach sign the best talent period, rather than valuing a high schooler over someone who has already played the game in college?