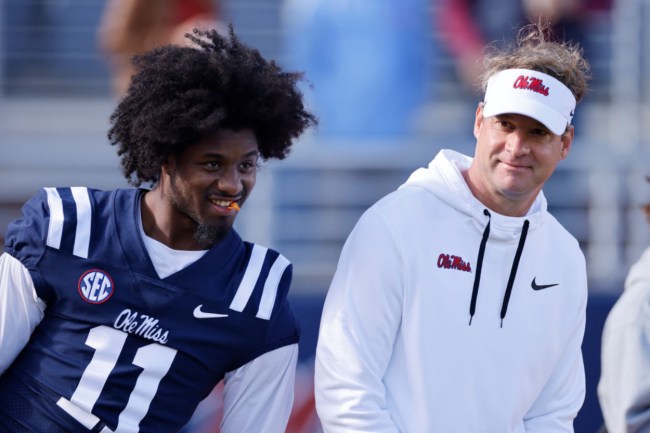 Rumors are always going to swirl about Lane Kiffin, it doesn’t matter that he’s under contract through the 2024 season at Ole Miss. Given his past and the sheer fact that he’s a good head football coach, rumors are just a part of the Kiffin experience.

Kiffin’s name was one of the first to be mentioned when it came to possible candidates to take the LSU job once it was announced that the Tigers and Ed Orgeron were going their separate ways. The latest rumor, however, involves a school that has yet to fire its head coach.

According to Andy Slater of Fox Sports 640 in Miami, Kiffin would leave Ole Miss for the Miami head coaching job if it were to become available.

SLATER SCOOP: Lane Kiffin would leave Ole Miss for the University of Miami if the Hurricanes head coaching job were to open, multiple sources close to Kiffin tell me.

Slater’s scoop here is similar to another recent report out of the Clarion Ledger in which Miami booster Nevin Shapiro said that Kiffin is the top candidate for the Hurricanes’ job.

“I texted my best Miami source, or certainly the most interesting Miami source, in Nevin Shapiro. Nevin is claiming that the top candidate is Lane Kiffin with Randy Shannon as the defensive coordinator.”

It’s not hard to picture Kiffin as the Miami head coach, to be quite honest. He would fit in at Miami and bring excitement to a fanbase that desperately needs it. He seemed to really enjoy his time as the head coach of FAU in Boca Raton, just outside of Miami, so it wouldn’t be a crazy adjustment for Kiffin either.

Here’s a look at some of the best reactions to the latest Kiffin rumors:

Who you know close to Coach?? He’s not Maga or Miami

Lane Kiffin, would lead us to our first ACC ship! We would be beasts on the recruiting trail imo with Lane here. That said I love Mario here as well he would be my first choice then Kiffin.

How many times this guy want to move jobs over and over . How about stay somewhere and build something

Jimmy Sexton getting Kiffin a HUGE pay raise from OM 😎