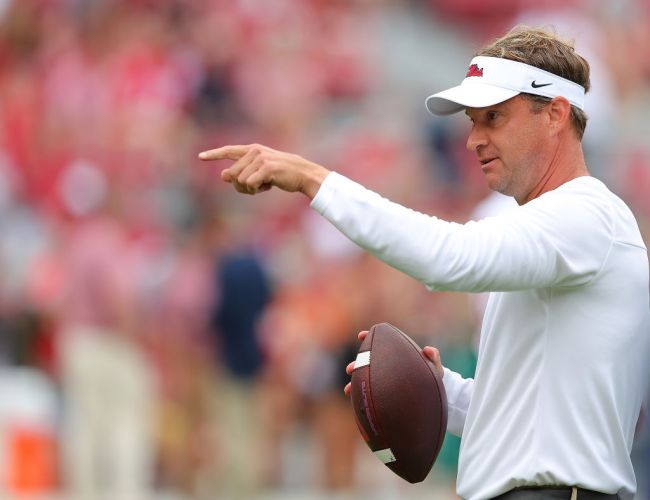 Over-selling injuries has become fairly common place in college football. Anyone can fall to the ground, fake a cramp and call out a trainer to stretch your leg.

The stoppage in play while a player is down allows, in most instances, a defense to rest or a team to huddle up and get a scheme together. That was certainly the case — whether real or fake — during Ole Miss’ 31-26 win over Tennessee last weekend.

There were 18 stops for injuries between plays throughout the entire game and 11 came in the fourth quarter alone.

Both teams run high-paced, hurry-up offenses and it became important to stop the momentum for both sides. It also allows time for defensive substitutions on plays where the offense does not sub.

Ole Miss ran 101 plays in the game, which was a school record and the ninth most in SEC history. Tennessee ran 79 plays throughout the evening.

As such, players on both sides were dropping like flies but were miraculously cured of their injuries just a few moments later.

During Thursday’s SEC coaches call, both head coaches were asked about how to stop fake injuries from stopping the game going forward. Newly-minted Volunteers head coach Josh Heupel didn’t have an answer.

“The rules committee looks at that during every off season,” he said. “I’m the wrong guy to ask about how we change that.”

Meanwhile, Rebels head coach Lane Kiffin was all over it. He knows exactly what to do.

“You’re not going to stop it (faking injuries) until you say a guy has to stay out for so many plays,” Kiffin said. “Like anything, there has got to be a penalty for it. Really, if you want to change it, let the conference review it, look at the film, and when they deem it to be an obvious faking of an injury, then there’s a penalty, a fine, and I promise you it would never happen anywhere.”

In the interim, the fake injury non-rule remains not in place. In some ways, it can be seen as a strategical tactic.

And thus, players and coaches will continue to do exactly what they are doing. If there is no penalty or ramification, why wouldn’t they?

Here is what the other SEC coaches who were asked had to say:

“It really slows the game down, so it’s not a good thing for the game. It’s not something that we’ve ever done here.

“When a team goes fast, which everybody has the right to go fast, and you go on long drives .. players get tired. When players get tired, they’re more susceptible to getting injured. You don’t have enough timeouts to call time out, so I understand why some people do it. We’ve not done it here. It does impact the pace of play. I don’t have a solution to it.

“There’s a lot of good people out there that are above my pay grade, I probably shouldn’t even be trying to answer this question.”

“I think there’s two things that go on — one .. injuries are going to occur. When do you get hurt? When you’re tired, you’re out of shape — that’s when you get hit bad, things happen. And to sit there and say somebody is lying on an injury is a very tough thing to say. Especially when you call wolf one time and the guy’s really hurt