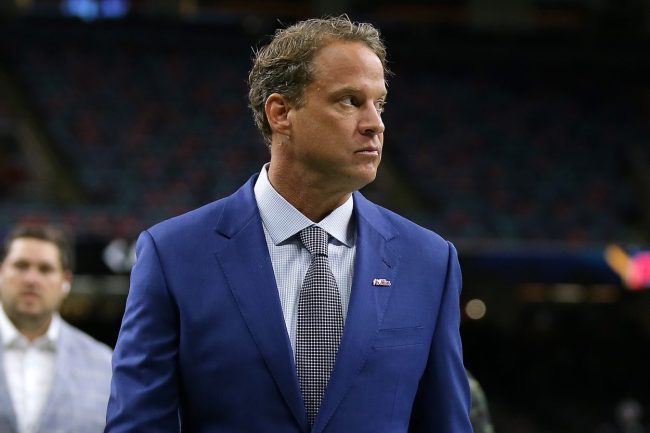 As the college football offseason continues, things are heating up in Oxford, Mississippi. Not only has Ole Miss secured the No. 3-ranked transfer portal class per 247Sports with five four-stars and three three-stars, but the Rebels are heavily in the mix for two major targets.

Both former USC quarterback Jaxson Dart and tight end Michael Trigg are considering their options after entering the transfer portal earlier this month. They both visited Oklahoma and Ole Miss, and all signs point toward them joining Lane Kiffin in the SEC.

However, their decision has not been made official. They are yet to commit.

Should Trigg and Dart want to participate in spring ball at either of the two schools, there are rules in place that would require them to enroll with whichever of the two programs that they choose by the end of the week. Thus, time is of the essence.

Kiffin has not. He met with the two transfer recruits in Oxford and took icy pics with them both in front of his Aston Martin.

That was eight days ago. What is holding up their decision? Nobody is quite sure, but the crystal ball says that the Rebels are likely to gain their commitment.

And now, a new twist has emerged.

Kiffin is currently en route to Los Angeles. He was in Houston this morning and flexed on everybody by posting a picture of himself on a private jet rocking $6,000 Dior dunks.

The cryptic message could mean anything. But the destination for his jet is interesting.

The flight, which took off from Oxford this morning, landed in Houston earlier today. Now it is headed to Los Angeles.

The fact that Kiffin is headed to Los Angeles is unexpected, considering that Dart lives in Utah. However, the idea that Kiffin is meeting Dart in Los Angeles while he gathers his things from wherever he was staying while at USC is very likely.