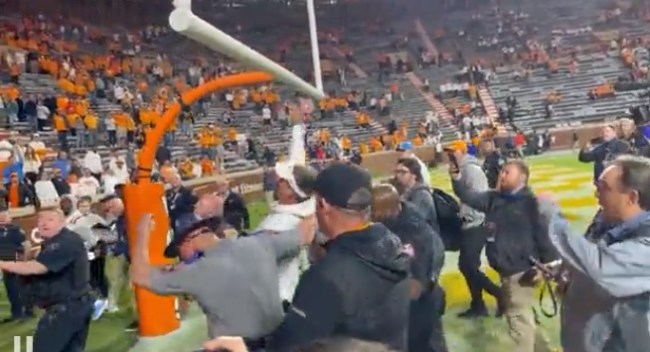 The Ole Miss-Tennessee game devolved into chaos on Saturday night but Lane Kiffin was as cool as a cucumber throwout the whole ordeal.

Late in the game, Tennessee fans began throwing water bottles onto the field because they were angry the team was ruled short on a 4th and 24 play.

The Vols (+1) come up juuuuust short on 4th and 24 pic.twitter.com/S2Mi0fiHDs

While leaving the field Ole Miss coach caught one of the water bottles thrown at him by an unruly fan.