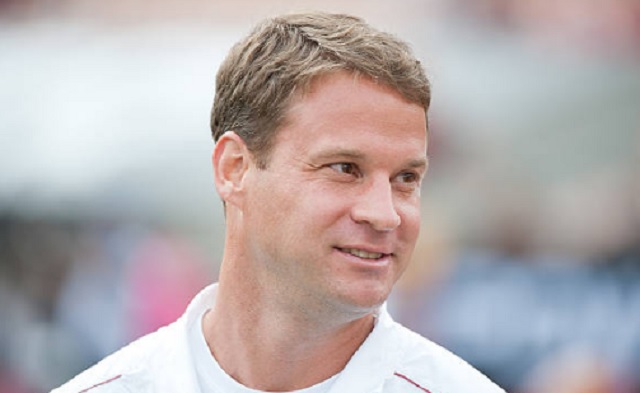 Lane Kiffin is college football’s biggest asshole and he’s back on his bullshit now that he’s at FAU. Immediately following Hugh Freeze’s announcement that he was leaving Ole Miss yesterday after an investigation showed that he made a phone call to an escort service on a school-issued cell phone, Kiffin took to Twitter to follow the team and several of their recruits sparking rumors that he may consider leaving his current job for Freeze’s.

Go look at the four most recent follows of my man @Lane_Kiffin. God, I love him. pic.twitter.com/eCnWjwO88Z

Lane Kiffin is going to leave FAU for Ole Miss before he even coaches a game isn’t he?

There’s very little chance Kiffin would be offered the Ole Miss Job considering his brother Chris is wrapped up in the school’s NCAA infractions case.

What would be more Lane Kiffin?

(a) Ditching FAU for Ole Miss.
(b) Trolling everyone by just following these accounts.