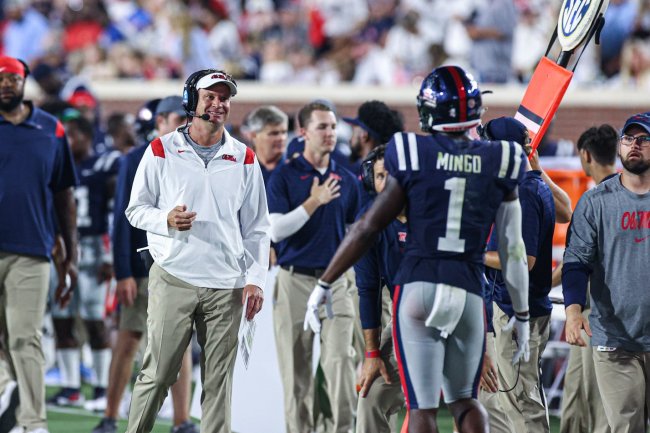 Ole Miss head football coach Lane Kiffin is leading by example this season. The 46-year-old head coach has put in serious work to get in shape ahead of 2021 and looks absolutely jacked.

In an interview with ESPN earlier this season, Kiffin spoke about how he is preaching accountability for his players.

“That goes for all of us, starting with me,” he said. “Here I am in postseason meetings back in January telling my offensive linemen and other guys that they needed to eat better, lose weight, get in better shape, and I looked like a whale.”

A big part of that was taking inventory on his own self and working hard to make a change.

“I saw a picture of me at the bowl game last year and told the players I looked like an anaconda that had swallowed a deer and the deer got stuck in its neck,” he told ESPN in his classic dry-humored voice.

He has increased his workouts, cut out bread, alcohol and red meat to some (if not a full extent) from his diet and has lost 30 pounds,.

125 degrees!!! Getting ready for 🏈 in the south at HOTWORX oxford @OleMissFB pic.twitter.com/jDYyElymlA

He also frequents Pure Barre and constantly is getting his sweat on. Throughout the weight-loss journey, Kiffin has loved calling out his quarterbacks (and opponents) to see where they are in their workout regimens.

After eight, almost nine months of hard work and dedication, Kiffin is in great shape.

Ole Miss football posted a photo on its instagram of Kiffin and his son Knox (who is affectionately re-named Knoxford). The two were on the field prior to the Rebels’ game against Tulane, seemingly playing catch. 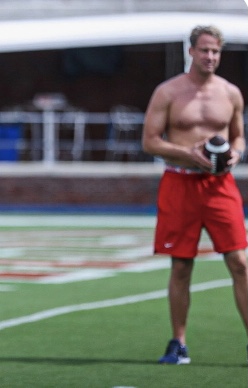 Ole Miss is on a roll to begin the season and Kiffin has everything to do with the improvement. As he tries to turn around a program left a laughing stock by its previous coaching staff (Phil Longo LOL), he has turned himself around in a big way. Lane is YOKED.