Larsa Pippen Files For Divorce From Scottie Pippen, Probably So She Can Focus On Her Future 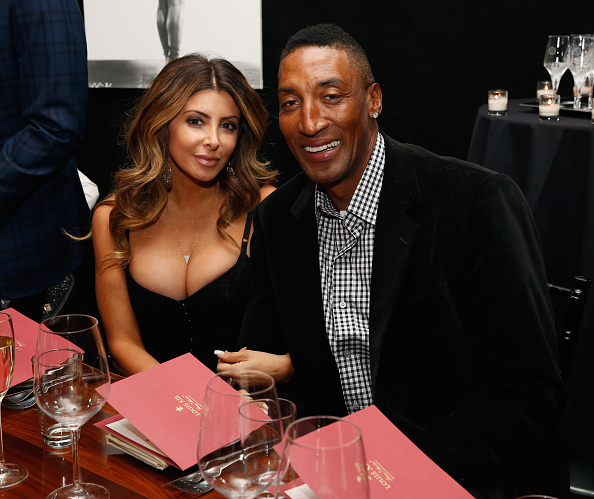 Larsa and Scottie Pippen are getting divorced — again. A development that must put a smile on the face of Future. On Friday, Larsa issued a statement about the divorce, which is the second breakup in the celebrity couples’ 21-year marriage.

“It is with deep sadness that Scottie and I announce that we are legally separating,” Larsa said in a statement about ending the marriage that started in 1997. “We have both tried very hard for a long time to make our marriage work and have ultimately come to the conclusion that it is best that we live separate lives.”

“We have so many amazing memories together, remain best of friends and love each other very much,” Larsa continued. “Our four children have always been our priority and for their sake we ask for as much privacy as possible for our family during this sensitive time.”

The separation was initiated on October 29, and she is requesting joint legal and physical custody of their four children who are all minors. Larsa is also asking for spousal support. The amount she is asking for was not disclosed, but it will be substantial since she appears to be accustomed to an extremely affluent lifestyle.

Believe in yourself and trust the process 💋 Dress: @comino.couture

When you can’t find sunshine be the sunshine 😎. Outfit: @missyempire #ferrari

Scottie Pippen has a net worth of $50 million, which sounds like a lot but keep in mind that NBA contracts weren’t the same in Pippen’s playing days. While Pippen is a Hall of Fame baller and was named as one of the “50 Greatest Players in NBA History,” his biggest contract was a five-year $67.2 million deal with the Houston Rockets. Compare that to nowadays when far inferior players such as Reggie Jackson get paid $80 million for five years while shooting 35% from the field and dishing less than four assists per game at PG.

Scottie is no stranger to giving his money to women. Pippen has seven children by four different women, a son with Karen McCollum, who he married twice, a daughter with his former fiancée Yvette De Leon, a daughter with former girlfriend Sonya Roby, and four children with Larsa Younan.

Shortly after retiring in 2004, Pippen’s net worth took a major hit when he invested more than $20 million with Robert Lunn, a financial adviser allegedly highly recommended by the Chicago Bulls. Lunn stole Pippen’s money to pay off personal debts. Lunn was sentenced to three years in prison for numerous fraud schemes, but Pippen received only $400,000 in restitution.

There was plenty of friction in the Pippen’s marriage two years ago when Future boasted about having sex with the HoFer’s wife in a song. In one of Larsa’s Instagram photos, the Atlanta rapper posted a heart emoji and wrote “forever.”

Maybe Larsa is getting a divorce to focus on her future.

Larsa attended Kendall Jenner’s Halloween party, but Scottie was nowhere to be found.

The last time Scottie was seen on Larsa’s Instagram was on September 25th, when she wished the NBA legend a happy birthday. “love you for life.” Who knew life was five weeks?