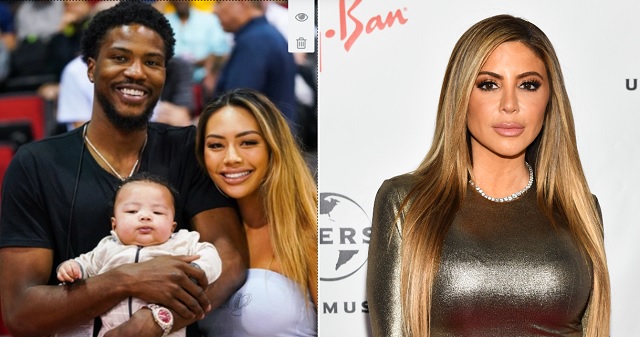 The Larsa Pippen-Malik Beasley affair appears to be over.

Back in December, both Pippen and Beasley made headlines when they were spotted together in Miami despite the fact that Beasley was still married at the time.

Beasley continued his relationship with Pippen while kicking his wife Montana Yao and their one-year-old son out of his house after Yao filed for divorce due to the affair.

About four months after the affair started, Larsa has broken up with Beasley because she never thought the relationship was serious and now wants to “distance herself from the drama.”

The duo spent Valentine’s Day together in February, according to the source, but have since parted ways. “Larsa decided to distance herself from the drama,” the insider says. “He was going through a lot and the timing wasn’t right.”

The source adds: “Many people assumed it was serious when in fact it was not.” The Chicago native, who shares four children, Scotty Jr., 20, Preston, 19, Justin, 16, and Sophia, 13, with her estranged husband, Scottie Pippen, has now been “focusing on her family and Larsa Marie, her jewelry brand,” the insider adds.

Larsa has already been spotted hanging out with a new man after breaking up with Beasley.

Larsa Pippen sizzles poolside in a bikini in Miami with mystery man https://t.co/Sx69XvVzgX via @DailyMailCeleb

As for Beasley, he’s currently going through a contentious divorce with his wife where he was seen demanding a paternity test after being forced to pay $6,500 a month in child support.