Larsa Pippen, Who Allegedly Cheated On Husband Scottie Pippen With Future, Gets Mocked For Chiming In On Tristan Thompson-Khloe Kardashian Situation 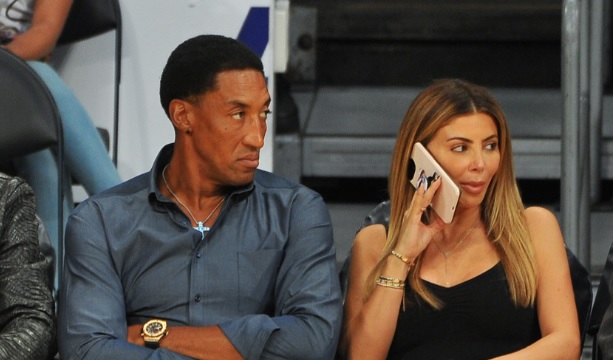 This afternoon we learned that Tristan Thompson and Khloe Kardashian were on the outs after Tristan allegedly cheated on Khloe with Kylie Jenner’s best friend Jordyn Woods.

Khloe basically confirmed the rumors were by commenting on Hollywood Unlocked’s story on Instagram.

While it’s interesting the Khloe would comment publicly about Tristan’s cheating allegations everyone found it funny that Larsa Pippen had the balls to say anything about the situation considering she cheated on husband Scottie Pippen with rapper Future.

Scottie Pippen found out Larsa was cheating and called American Express and cancelled her credit card like a King.

why the fuck is larsa pippen commenting like she ain’t cheat her damn self 🤣🤣🤣 https://t.co/pBohBazUBk

Lmaooooo at Larsa Pippen catching strays on her own behavior after commenting on Jordyn Woods. pic.twitter.com/ba6S6ii9OV

Larsa Pippen saying Amen like she wasnt spreading her plastic for Future while married..