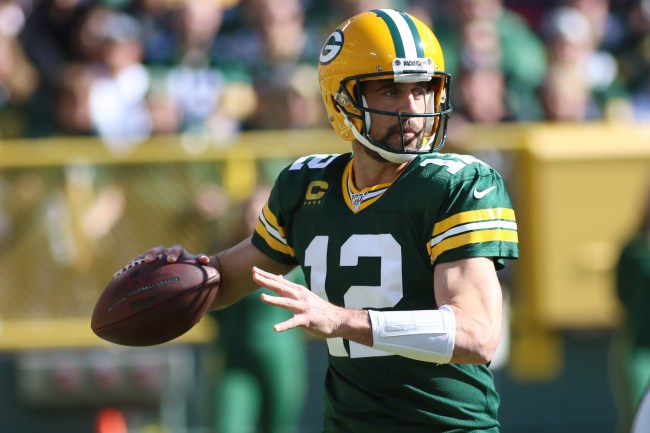 Could the Las Vegas Raiders make a run for Aaron Rodgers?

Over the weekend, ESPN’s Jeremy Fowler revealed on Sunday’s edition of SportsCenter that Rodgers is intrigued about playing for the Raiders.

“[Aaron Rodgers] is reportedly intrigued by the Raiders as well, so they have to be on this list. They’re happy with Derek Carr; nothing’s going on right now, and they very well could extend Derek Carr sometime soon. But the Raiders look into every single quarterback situation. … They looked at past free agents or trade options. So, Jon Gruden is sort of always lurking. You can’t discount them.”

During Monday’s ‘Get Up” Mike Greenberg added that is his belief that Gruden “will do anything” to get Rodgers to Las Vegas because he desperately wants to work with an elite QB.

"It is my belief that Jon Gruden will do ANYTHING, and would give anything, to get Aaron Rodgers."@espngreeny can see a potential Rodgers to the Raiders trade 👀 pic.twitter.com/Jaa40eSmlU

The Raiders will have competition if the Packers make Rodgers available for trade. According to several reports, the Broncos are also eyeing the Rodgers’ situation.

"The Denver Broncos continue to be the team I hear that are going to be the most interested [in Aaron Rodgers], and are going to put the most in front of the Green Bay Packers to try to make this trade go down."