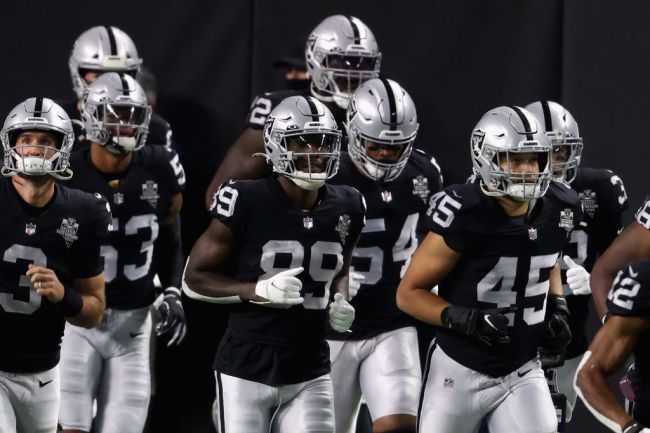 The Las Vegas Raiders are being called out for their bad behavior and poor tips for the second time in two years. To make matters worse, the team has only been in Sin City for two years.

Last season, it was rookie wide receiver Henry Ruggs who was allegedly leaving awful tips on big tabs. He was chastised so publicly that he was forced to speak out about the claims.

Now, just one game into the preseason, multiple parties with close ties to the team are on blast.

Vital Vegas, a Las Vegas-focused blog for “news, rumors, tips and WTF,” threatens to expose players, coaches and family members. The blog, which has 94,600 followers on Twitter, is saying that it will name names if “rudeness and poor (or zero) tipping continues.”

Reminder: Bad behavior by Raiders players, coaches and family members won’t be tolerated in Las Vegas. Multiple reports of rudeness and poor (or zero) tipping. We will name names and flog asses if this horseshittery continues. You play sports, you’re not royalty.

While the blog did not mention anyone in specific on this occasion, it is prepared to shame the guilty parties.

Their “excuse” for the bad behavior is that they and the team are contributing millions to Vegas, so these folks think they’re entitled. That’s not going to fly. We’ve got Twitter. Stiff the crew, they’ll be shamed hard.

In response to the allegations, one Twitter user suggested that the players are not accustomed to the culture of Las Vegas yet and think they are still in Oakland. Vital Vegas agreed.

One source who personally witnessed this behavior said exactly that, actually.

Although the poor-tipping trend is apparently stemming beyond a single player, the entire team is not necessarily included in the umbrella. In fact, quarterback Derek Carr and his family are being praised for their kindness.

Yeah, this issue definitely isn't everyone. The jerks will be outed soon enough. Vegas is a small town.

It will be interesting to see whether this vague, overarching warning will change the behavior amongst the Raiders and their circles or if we are in for another storm of direct call-outs. But either way, it seems like this is a reoccurring thing and it’s not a great look.