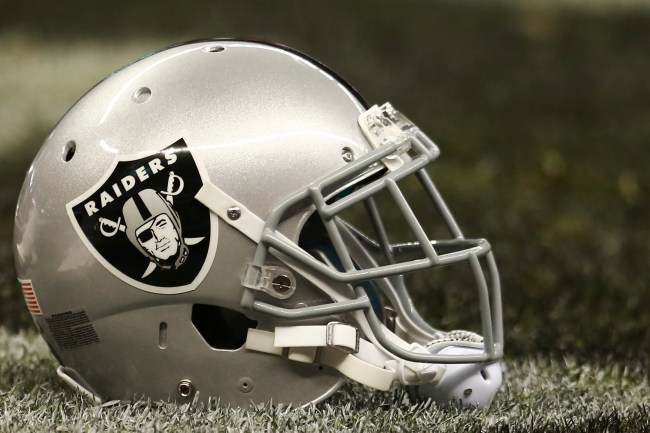 Whenever there’s a serious cultural moment in the news you can always count on at least one corporate brand to majorly screw things up.

On Tuesday afternoon, former Minnesota police officer Derek Chauvin was convicted of second-and third-degree murder, as well as second-degree manslaughter after a jury found him guilty for his role in George Floyd’s death.

Several sports teams and leagues, including the NBA and the NFL, released thoughtful statements to reflect on the Chauvin verdict.

Unfortunately, the Las Vegas Raiders thought it was appropriate to tweet out “I Can Breathe” in big bold with letters with the date and the team logo, which they later pinned to the top of their Twitter page. 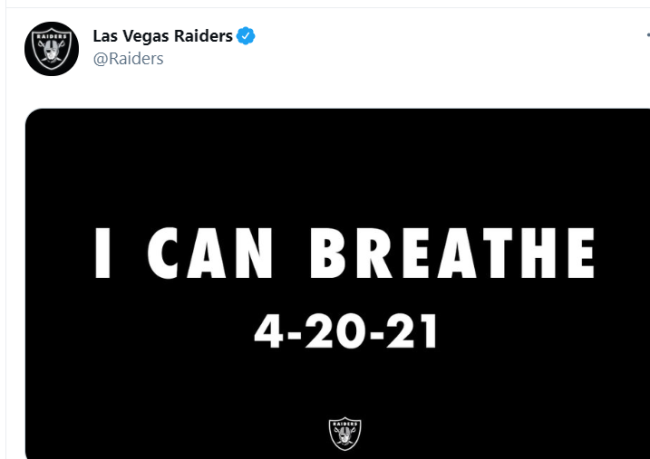 Update: Raiders owner Mark Davis spoke to the media where he admits that the tweet came from him and was inspired by George Floyd’s brother.

#Raiders owner Mark Davis said the "I Can Breathe" wording came from George Floyd's brother Philonise, who said "Today, we are able to breathe again."

Davis added: "If I offended the family, then I'm deeply, deeply disappointed."

Davis said he wasn't aware that NYPD supporters wore "I Can Breathe" shirts following the 2014 killing of Eric Garner. After I brought that up to him he said, "I learned something… I have to do a little bit more research into that just so I can speak coherently on that aspect."

Davis: "I wasn't watching the talking heads; I was listening to the family. And I was trying to take my lead from them. But if that's (the "I Can Breath" t-shirts) are what the cops are wearing then, really, it is a bad statement."

The post is obviously insensitive to Floyd, who was seen on video yelling”I can’t breathe” over 20 times before eventually succumbing to his death while being restrained by police officers.

Wish we could say the same about George Floyd.

Take this down and apologize for the mishap.

And then diversify your social media team.

Reality is that this is a straight from the owner tweet.

Here is the issue though. The problem isn’t that there weren’t smart people who saw it first and were horrified. It is that none of those smart people had the spine and conviction to stop this.They chose a different battle https://t.co/poE0V6q6Tp

The tweet is still currently up an hour after it was posted despite pleas from fans for them to delete it.

You guys really got to stop this sh*t like seriously. This isn't a TV show, people are dying, families and communities are being destroyed. Stop acting like it is some sort of game. https://t.co/fBSyGTEiGi

That this tweet was tweeted is hard to believe.

That it has remained up for more than an hour is harder to believe. https://t.co/gjKgd2svx7

You know what. This is the worst tweet I’ve ever seen. https://t.co/P8tK8blgFv

Fire everyone in the creative/social department for this bullshit, dude. C'mon. https://t.co/Xo5lhWTMTb

A reminder that the social media team did not post this on their own.

multiple people approved it. that makes it so, so much worse. I cannot believe this was posted. https://t.co/DUWjn5quwP