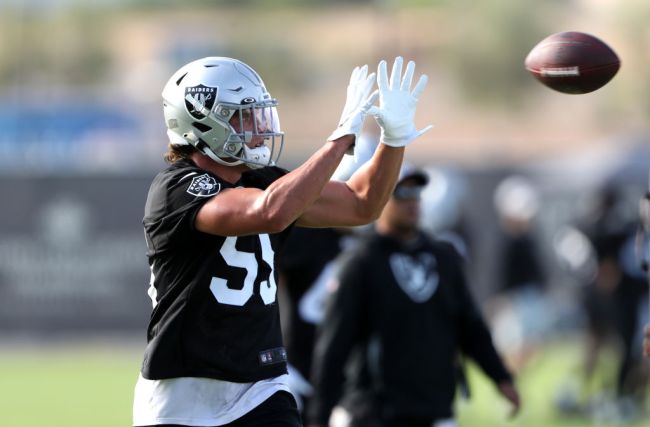 Someone on the Raiders’ social media team forgot to delete their scheduled post regarding Tanner Muse today.

On Monday morning the team announced they were cutting Muse in a move that surprised many.

Muse was a third-round pick out of Clemson in 2020. Missed his entire rookie season because of a toe injury, but took starter reps throughout camp and was a core special teamer.

Not long after cutting Muse, the team’s social media account wished him a happy birthday.

This is a little awkward… pic.twitter.com/EewhXb3Ehw

The team eventually deleted the Happy Birthday tweet but the damage had already been done.