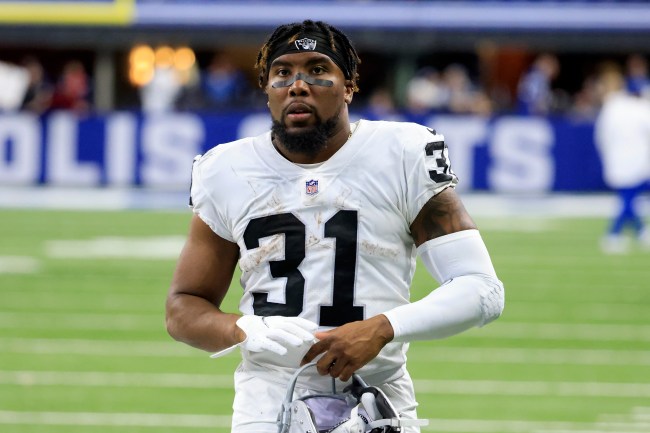 Every once in a while, we see one of the NFL’s kick returners take advantage of the league’s most well-known loopholes. It really is a savvy move when used correctly. Today, the Las Vegas Raiders couldn’t have done a worse job trying to use this trick.

The trick in question here involves inducing a “kickoff out of bounds” penalty. Usually, the penalty comes when a kicker boots a kickoff directly out of bounds. However, some crafty kick returners have utilized a method to cause the penalty themselves.

How they do it, is if the kick goes close to the sideline, they’ll put at least one foot out of bounds before touching the ball. It’s a clever trick to get a free trip to the 40 yard line. Here’s a video of it being done correctly.

Today, early in their 1st round playoff matchup agaInst the Cincinnati Bengals, the Las Vegas Raiders tried to utilize this trick. Unfortunately, they failed spectacularly.

Peyton Barber was back to return the kick when he noticed the ball was getting close to the sideline. He tried to get out of bounds, but hadn’t managed to get out yet when he touched the ball. That led him to go out of bounds in possession of the ball at his own 2 yard line.

The drive nearly ended in a safety, with Derek Carr dragged down at the 1 yard line on 3rd down. The Raiders had to punt from deep in their own end zone, setting the Bengals up with great field position. The Bengals would capitalize and kick a field goal to extend their lead to 13-3.

This could be a costly mistake and the Raiders will need a big comeback to get Derek Carr the first playoff win of his career.