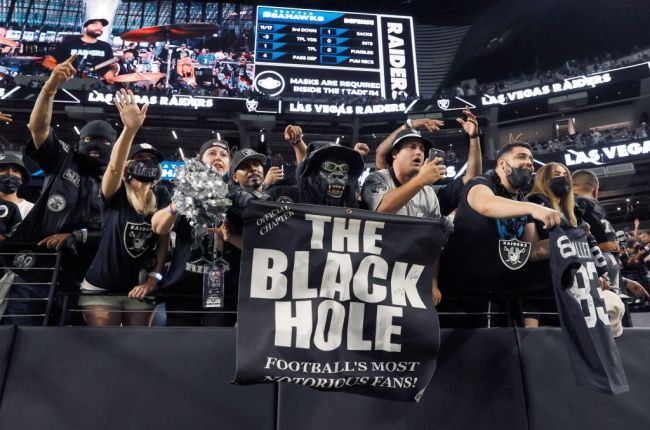 The Las Vegas Raiders have become the second National Football League team following the New Orleans Saints to announce they will be requiring fans to provide proof of having a COVID-19 vaccination in order to attend home games at the team’s Allegiant Stadium. Fans with proof of vaccination will not be required to wear masks, as per the team’s announcement — that policy is the first of its kind in the NFL.

According to the official statement from the organization, the decision was made in accord with a new Emergency Directive from Nevada Governor Steve Sisolak regarding large events.

“Health and safety has always been our number one priority,” said Raiders owner Mark Davis in a statement. “After consultation with Governor Sisolak and other community leaders, this policy ensures that we will be able to operate at full capacity without masks for fully vaccinated fans for the entire season,” Davis explained.

The Raiders will also be offering the option of on-site vaccinations at Allegiant Stadium prior to Raiders home games, which will permit newly vaccinated fans to enter wearing a mask.

Naturally, the Raider’s decision has prompted a response from both sides of the vaccination debate, with some praising the move and others decrying it:

At this time, the Raiders are just one of 32 NFL franchises to implement such a rule, although that will likely change in the coming weeks and months. The Raiders will be having a press conference at noon local time on Wednesday, August 17, to further discuss the decision.