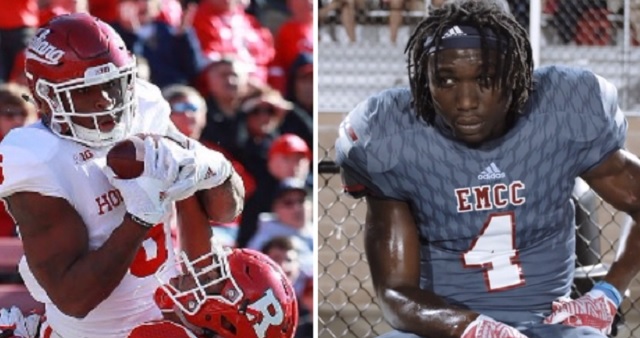 Former EMCC running back Isaiah Wright, who was prominently featured on last season of the Netflix series Last Chance U and his brother Camion Parker were reportedly arrested Wednesday in connection with a July homicide in Tennessee.

Via The Indy Star

Camion D. Patrick, 22, of Knoxville, and Isaiah S. Wright, 20, of Harriman, are each charged with one count of criminal homicide in the July 25 death of 18-year-old Caleb Thomas Radford, of Maryville, the Alcoa Police Department announced Thursday.

Patrick, a student at the University of Indiana, was taken into custody by campus police Wednesday morning. He remained in custody in Bloomington, Ind., pending his extradition to Blount County.

Wright was arrested Wednesday in Harriman and was expected to be transferred to the Blount County Jail.

Both have been connected to the July 25 death of Caleb Thomas Radford, 18, of Maryville, Tenn.. Radford was found about 10:42 p.m. on Topside Road at Buck Drive. He had been stabbed multiple times.

In the second season of ‘Last Chance U’ the series dedicated an entire episode to the brothers and showed challenges they faced as children in foster care. Despite both brother having promising football careers they both had trouble breaking through and being consistent players in the college level.