Latrell Sprewell Says His Spinner Shoes Are Making A Comeback 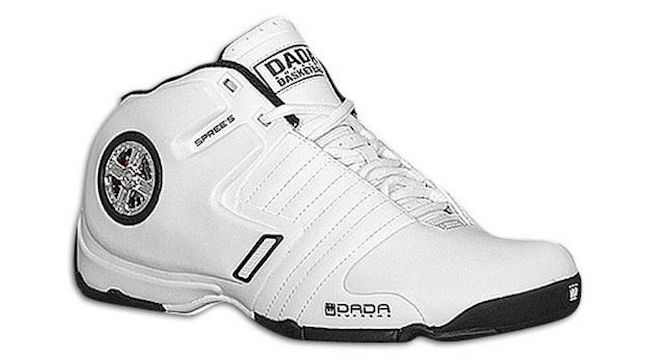 You can argue all day long about the best basketball shoes ever made, but if we’re judging them by sheer ridiculousness, I’d argue there’s one clear winner: Latrell Sprewell’s DaDa Supreme Spinners. In the early 2000s, someone asked “What if we put spinning rims on a pair of shoes?” and the world was blessed with the glorious answer shortly thereafter.

The shoes, which were released in 2001, featured a chrome-colored wheel on the side of the ankle that spun when the wearer moved. To answer your question: Yes, they were as ridiculous as they sound.

The shoes have been off the market for a while now, and anyone who wants to get their hands on a pair has to be willing to drop $100 or more on eBay— at least until now. Sprewell took to Twitter on Thursday to tease a re-release, and based on the number of retweets and favorites the post received, I’m not the only one who wants to see the Spinners make a comeback:

Sprewell followed up the initial tweet with another one claiming the shoes would be dropping next year:

I am totally overwhelmed with fans of my Spinner shoes. Coming back in 2018. Can't wait to share more details soon.

As Uproxx noted, this isn’t the first time in recent memory that the shoes have become a topic of conversation. Sprewell appeared on Kevin Garnett’s Area 21 back in February, and the two agreed that the shoes needed to make a comeback. I’m just glad that everyone’s dreams came true.