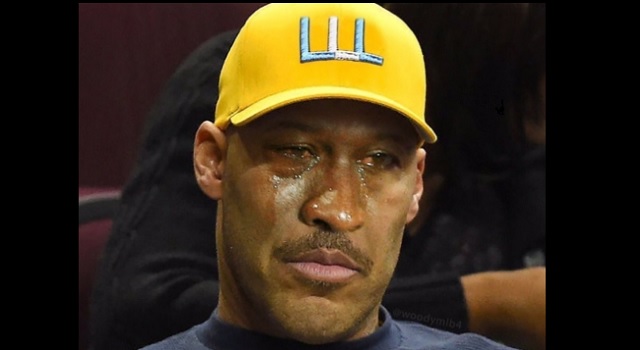 Throughout the past year, LaVar Ball has insisted that he would have beaten Michael Jordan one-on-one if they had met in college. However, it turns out that Ball wasn’t that great of a basketball player during his college years at Washington State. Here is an old quote from LaVar’s college coach Kelvin Sampson talking about Ball and his inability to score.

Just for fun, I searched the @LewistonTribune archives for stories about LaVar Ball. An except from a @jeffspevak1 column from 1/27/88: pic.twitter.com/dw9aOC5sj3

Of course, the man who average 2.2 points a game in college and “couldn’t score 20 points if locked in a barn for two hours” thinks he’s going to beat the GOAT in a game of one-of-one.