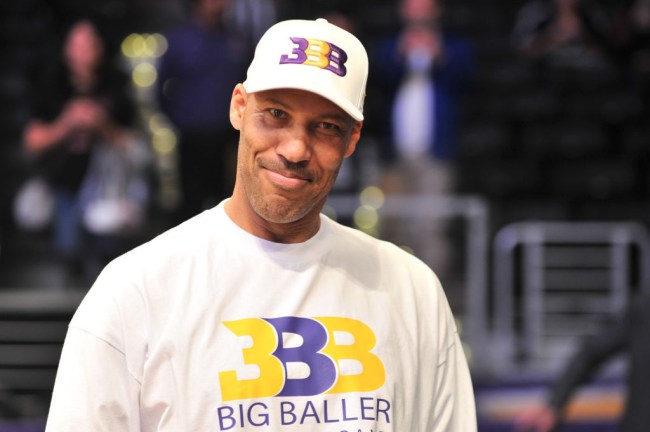 In many ways, LaVar Ball is like a toddler.

He’s already shown his ability to take his toys and go home in the form of withdrawing LiAngelo from UCLA and sending him to a new home in Lithuania.

He’s also like a toddler in the sense that if he goes somewhere and doesn’t make any noise for a while you only know it’s a matter of time before you hear a BANG and a lot of screaming.

When you consider how (relatively) quiet he’s been, you knew it was only going to be a matter of time before LaVar returned with a vengeance, and he recently did exactly that.

As you’re probably aware, LeBron James recently decided to sign with the Los Angeles Lakers despite Chris Broussard’s retroactive Freezing Cold Take in which he said The King wouldn’t want to have to deal with LaVar.

The two have a bit of a history, as Ball claimed he could’ve taken on LeBron back in his basketball playing days before James finally shut him down.

As a result, LeBron’s signing has set the stage for some juicy drama and it looks like LaVar is going to give us exactly what we’ve been hoping for.

A month after saying how Lonzo can learn from LeBron, LaVar decided to let the world know there’s no chance Lonzo can learn anything from LeBron because LaVar already taught his sons how to play basketball better than anyone ever could.

To be fair, Ball has some sort of logic behind his comments:

Based on Lonzo’s jump shot, he can probably still learn a bit.