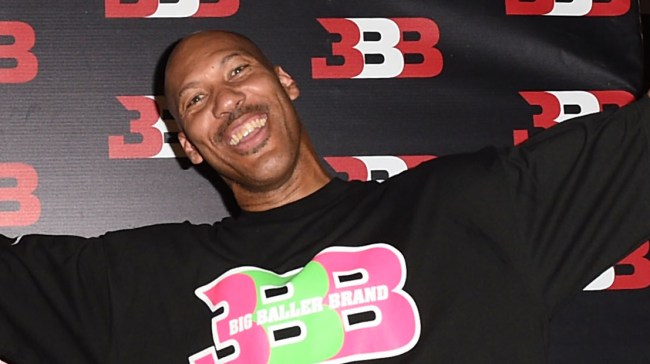 Lavar Ball is just the gift that keeps on giving. Now Ball says, in addition to Michael Jordan, he also could have beat LeBron James one-on-one back in his “heyday.” Seriously. He said that.

So not only would a young Lavar Ball have made Michael Jordan “cry” in a game of one-on-one, an idea MJ hilariously shot down despite Ball’s grandfather agreeing with him, he also would have beat LeBron back in the day because James is “too weak.” Seriously. He said that.

A “bad mamajama” who averaged 2.2 points per game at Washington State and recently lost a shootout to well-known sharpshooter Ice Cube.

In other LeBron James news, apparently the King is real close to being the kind of guy who wears his own jersey to public events because he showed up this weekend at Las Vegas Summer League wearing a pair of $500 Lakers shorts.

The King has arrived pic.twitter.com/TKHxMaf5nY

Of course they immediately sold out.