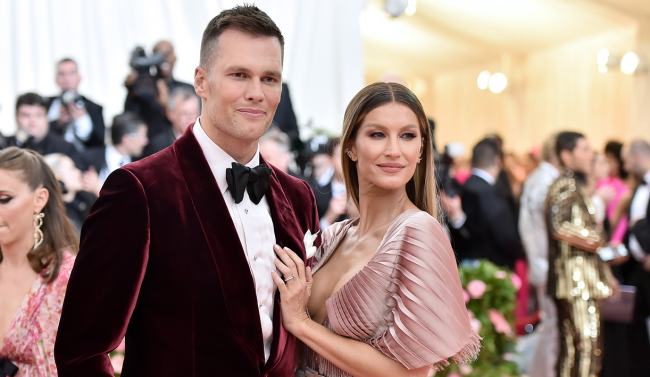 Should Tom Brady and Gisele Bundchen end up getting a divorce, as many reports have been speculating will happen, one of, if not the biggest issues will be the splitting of their combined $650 million fortune.

Tom Brady reportedly has a net worth of $250 million (some reports have it as high as $400 million), which will see a massive increase in value once he retires and starts working for Fox, while Gisele Bundchen’s net worth is reported to be around $400 million.

Earlier this week, a source told Page Six that Brady and Bundchen will likely file for divorce in Florida, putting an end to their 13 year marriage.

Another source who knows the couple confirmed to Page Six that they are currently figuring out the division of assets, which includes a $26 million property portfolio.

On Thursday, Newsweek reported that a leading divorce lawyer stated that if Brady and Bundchen do not have a pre-nuptial agreement it could end up costing the Buccaneers quarterback tens of millions of dollars.

Divorce expert Karen Jeary, an associate solicitor at law firm Mayo Wynne Baxter, told Newsweek: “Given the extent of Tom’s estimated wealth, $400 million, and that under U.K. matrimonial law the starting point for division of matrimonial assets is 50/50, hopefully, Tom had the foresight to enter into a pre-nuptial agreement with Gisele to protect, in so far as possible, his pre-acquired wealth.”

Jeary added, “Despite their marriage breakdown being played out in the public eye, Tom Brady and Gisele Bündchen would be best advised, in order to maintain privacy, proceedings are private law matters and therefore not open to the public domain.

“This will no doubt give them a sense of relief, as their marital issues divulged in court will not be subject to public scrutiny and in particular media scrutiny,” she continued. “Additionally, under U.K. divorce law (which is also applicable in a number of U.S. states), the new no-fault divorce means neither party can place blame on the other for the marriage ending.

She also points out that Brady and Bundchen’s marriage will “have connections to multiple jurisdictions including the USA and Costa Rica.”

While all of this is going on, another source told Us Weekly this week, “Gisele is waiting for Tom to make a big gesture of support to her.”

What that means is a mystery as the couple continue to live separately with Gisele not attending any of Brady’s games after tweeting “Let’s go @TomBrady! Let’s go Bucs!” prior to Tampa Bay’s season opener.

She has since been spotted multiple times either alone or with the couple’s children in Miami not wearing her wedding ring.