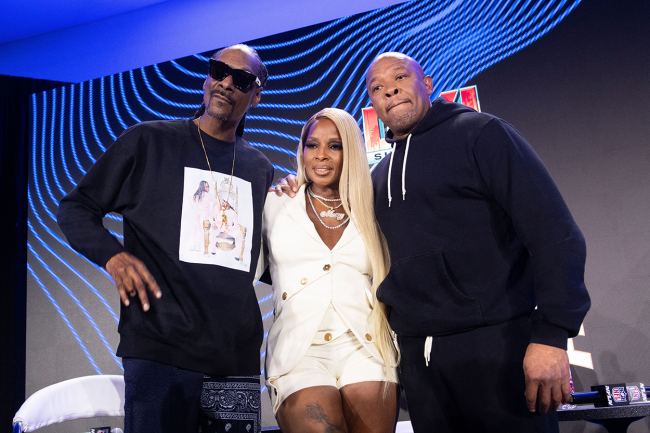 The Super Bowl LVI halftime show is the most star-studded in recent history, if not of all-time. Dr. Dre, Snoop Dogg, Eminem, Mary J. Blige and Eminem will all take the field on Sunday night and they’re going to put on a show.

This year’s show is set to run up a tab of $7 million and Dr. Dre is shelling out big bucks for most of the budget himself. Super Bowl halftime performers are not paid for their performance. The NFL typically pays for the cost of the production, but the musical artists themselves do not see a dime.

Instead, they are paid in exposure, which in the case of the Super Bowl is even more valuable than a paycheck.

In fact, Dr. Dre has put up most of the $7 million budget himself and bought a box at SoFi Stadium for friends to watch, per @eriqgardner.

The power of the NFL.

This year’s show features four Grammy-winning artists. Surprisingly, Snoop Dogg is not one of them.

Eminem has 15 Grammy wins, Kendrick Lamar has 13, Mary J. Blige has nine and Dr. Dre has seven. It is unclear how the five performers plan to fit in all five artists in just a 15-minute performance, but they have a lot of crossover in their music so it should be pretty seamless. 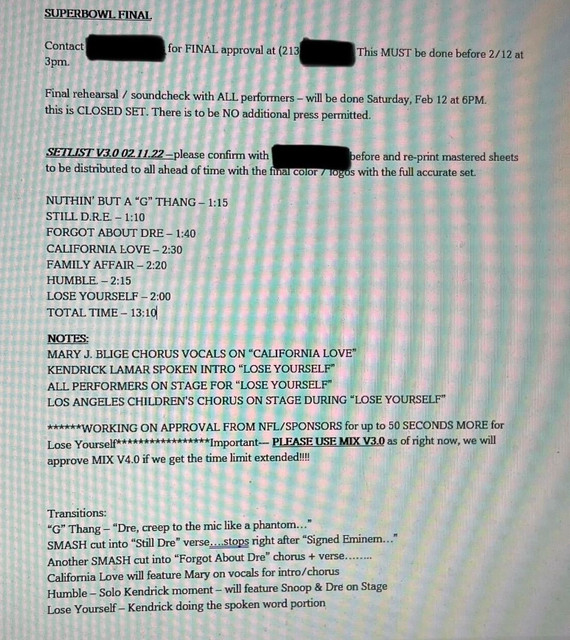 A TikTok video from rehearsals has also leaked and it looks like it is going to be a lot of fun. Take a look:

If everything goes accordingly to plan, Sunday’s halftime show could be one of the best ever.