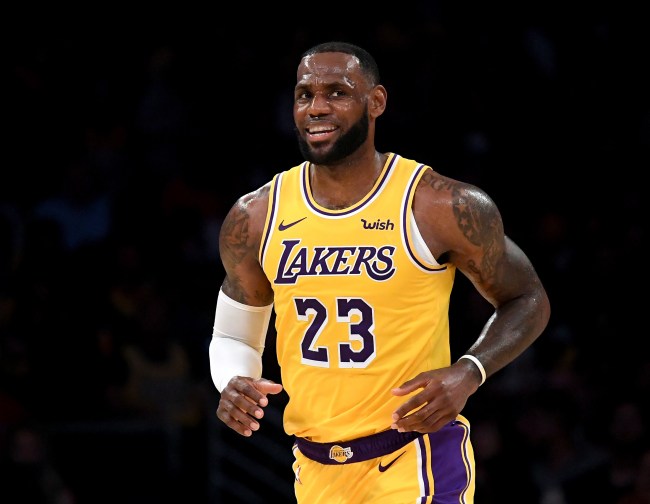 NBA players are currently leaving their families behind and making their way to the Orlando bubble in Disney World to play basketball for the next few months.

While it’s certainly a sacrifice for players to go play inside the bubble, they will be making a ton of money to do so while staying in luxurious hotel rooms.

LeBron James drew the ire of fans when he said that going into the Disney bubble was like going to serve a stint in prison.

Just left the crib to head to the bubble. Shit felt like I’m headed to do a bid man! Fr. Hated to leave the #JamesGang👑.

A bid??? Lol these cats getting too extreme. https://t.co/VCYVj7Yowx

Lebron James has clearly never been to a jail in America if he feels Disney World with 5 star services is like “leaving to go do a bid” https://t.co/A1yNwXkzvM

You going to Disneyland not san quentin lmaoo 😂 https://t.co/EuB63LwPvE

Ok these NBA players are getting a little dramatic lol I’m sure it is hard to leave your 10k+ square foot home https://t.co/reu6BfFPTS

“feels like I’m headed to dona bid” he says as he’s making $37 million while doing so. Lmao. https://t.co/RXBvjXqXqR

LeBron really has the audacity to compare doing a bid to playing in the NBA bubble?? 🤣🤣🤣

Lmao dude. Ain’t no bid. You gonna be eating lavish. Nothin worse than jail food. But go get that ring champ https://t.co/fXifAYMGsa