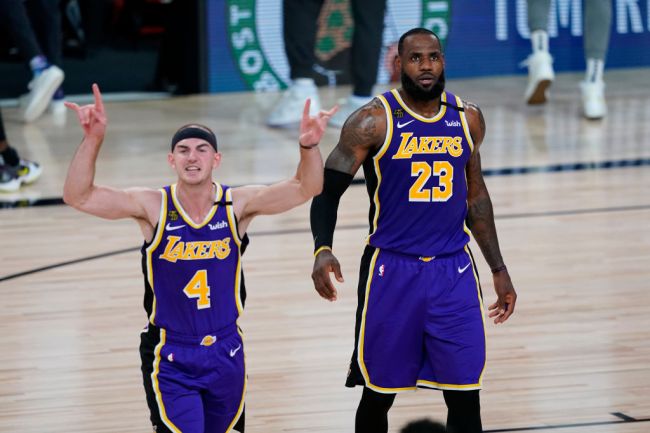 LeBron James is showing his support for Lakers guard Alex Caruso, who found himself in a bit of trouble with the law in Texas.

On Tuesday night it was revealed that Caruso had been arrested by Texas A&M University police for possession of marijuana and paraphernalia.

It appears Alex Caruso has been arrested for marijuana possession by Texas A&M University Police. pic.twitter.com/smztqTb2f3

According to ESPN’s Ramona Shelburne, Caruso was arrested after TSA agents at the airport found an herb grinder with marijuana residue on it after they searched his bags before he was set to board a flight.

Lt. Bobby Richardson of the Texas A&M Police Department told ESPN’s Ramona Shelburne that around 2 p.m. Central Time, Caruso tried to board a flight at Easterwood Airport in College Station, Texas, which is located on A&M property.

According to online records, Caruso was arrested for possession of less than two ounces of marijuana.

LeBron heard about the news and implied that he was going to bail Caruso out with “straight cash homey.”