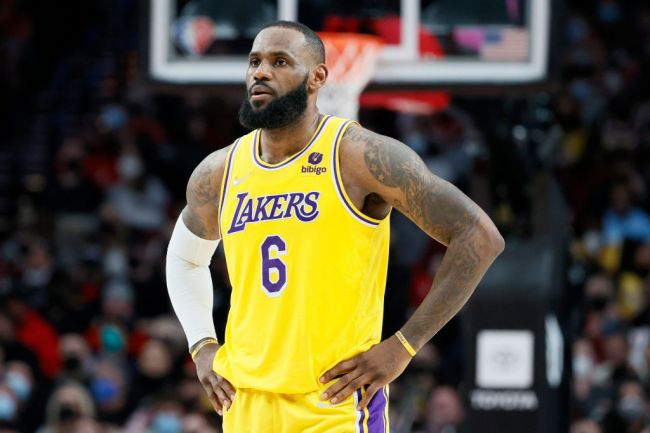 Yesterday was a disappointing day for Los Angeles Lakers fans. They knew it was going to be difficult for their team to get a big deal done at the trade deadline, but they expected the team to at least get something done.

They had to. The team is below .500 and not that far from the edge of the Western Conference playoff picture. The Russell Westbrook experiment hasn’t worked. Anthony Davis hasn’t been able to stay healthy. LeBron James hasn’t been able to carry them. It’s all been a mess that they needed to address at the trade deadline.

That never happened. In spite of numerous rumors about potential trades, we saw no movement from the Lakers yesterday. It seemed especially odd considering notorious teammate trader LeBron James is the star of the team.

Rob Pelinka came out after the deadline and said that there was “alignment” between him, LeBron and Anthony Davis about the team not making a deal yesterday. According to ESPN’s Dave McMenamin, that is not the case.

Dave McMenamin on what went on behind the scenes for the Lakers on Trade Deadline Day.

It’s not surprising that LeBron James wouldn’t actually be aligned with this decision. Rob Pelinka has to be concerned about the Lakers future and right now it’s a bit of a mess. The Lakers are not a great team right now and they don’t have many future assets to build around. It makes sense for them to be worried about the future.

On the other hand, LeBron has no reason to be concerned about their future. He has one more year left on his deal and then he could retire or could go find a contender to play for. He doesn’t really need to care about the Lakers future. All he has to car about right now is trying to win more rings.

The fact that the Lakers didn’t consult LeBron James or Anthony Davis before refusing to make a move at the deadline could be a reason for their current trio of stars to quickly go their separate ways.