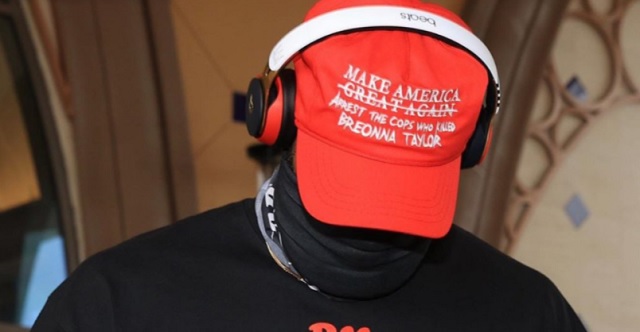 LeBron James took to the court before his playoff game with a special message in support of Breonna Taylor, the 26-year-old EMT who was killed in her own home after police raided her residence as part of a narcotics investigation.

LeBron is the greatest pic.twitter.com/JrdFvQQAU7

Other Lakers players followed in LeBron’s footsteps and honored Breonna Taylor by wearing the fake MAGA hats before the game.

LeBron expressed the reasoning behind the faux MAGA hats after the team’s game vs the Blazers.

Lakers’ LeBron James on the mock red MAGA hats calling for arrests in Breonna Taylor case: “We continue to put our foot on the gas, continue to pressure. … Breonna Taylor, she had a bright future and her life was taken away from her. There’s been no arrests, no justice.” pic.twitter.com/aCtFvkDQqF