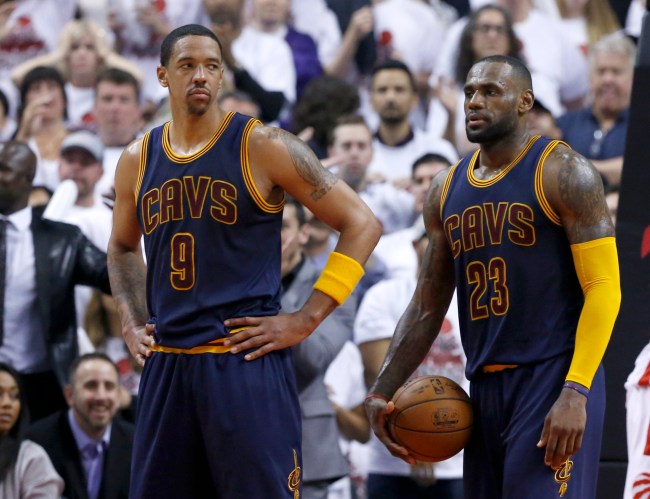 It seems like LeBron James’ former teammates have taken it upon themselves to defend him from Michael Jordan during the airing of ‘The Last Dance’.

Last week Kendrick Perkins declared LeBron the GOAT over Jordan and now Channing Frye tried to say that MJ only had “one job” on the court.

“He only had really one job. And that was to just score. And he did that at an amazing, amazing rate. But I don’t feel like his way of winning then would translate to what it is now. Guys wouldn’t want to play with him.”

Yooooo….I see my boy @channingfrye on Here holding it down!!!! Keep preaching that Gospel my G. Crazy how many people HATE LeBron. It’s cool people MJ don’t have to be Number 1 on everybody list.

This guy @channingfrye averaged an OVERALL 8.7 points per game his entire NBA career, and now wants to pop up outta nowhere and throw rocks at the throne. Bruh if you don’t sit down somewhere 🤣🤣🤣 pic.twitter.com/Zy7g9E0eki

@channingfrye says all MJ had to do was score, ignoring his defensive player of the year. But you do you.
He watched LeBron win him a championship so I guess I can see why he thinks he's the GOAT pic.twitter.com/flacKIIU0s

Channing Frye was right lowkey….. MJ only had one job

It’s an unbelievably ignorant take. MJ was first team all NBA defense 8 times…. and that’s a league record… Channing may want to sit the next one out…