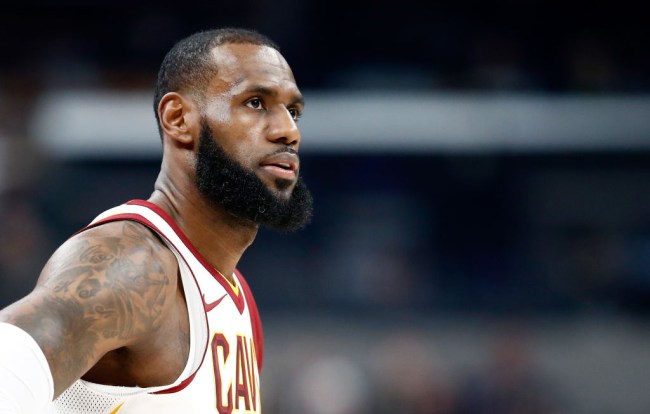 LeBron James is not a fan of Donald Trump. For the past year the Cavs superstar has gone out of his way to to criticize the President over his policy even going as far as calling Trump “a bum” on Twitter.

In a piece for NJ.com longtime NBA writer Chris Sheridan, who famously broke the LeBron to Cleveland story in 2010, claims the reason LeBron is going to leave Cleveland this offseason is because Cavs owner Dan Gilbert is a Trump supporter.

the reason for James’ pending departure is a relationship with ownership that is beyond repair.

The No. 1 reason why this is going to happen is because Cavs owner Dan Gilbert is a huge Trump supporter; LeBron is not.

It is a matter of public record that Gilbert donated $750,000 to President Trump’s inauguration fund. Quicken is now the largest mortgage lender in America, and according to Fortune’s real-time wealth calculator, Gilbert woke up this morning with a net worth of $6.3 billion.

James, meanwhile, in currently engaged in a back-and-forth with Fox News host Laura Ingraham, who said a week ago that James that should “shut up and dribble.” Last Friday, James issued a response in the form of a photo uploaded to his Instagram account that read “I am more than an athlete” and included the hashtag

So this divide between James and Gilbert is political, cultural and economical. If you have ever engaged in a political argument in this day and age of extreme polarization, you probably have an idea of how combustive opinions can become. It is no different in the sports world.

Sheridan is veteran NBA writer and should be trusted considering how he broke the LeBron to Cleveland story in the summer of 2010. We’ll have to wait and see how things play out for the Cavs in the playoffs before LeBron is able to make his decision in the Summer.