LeBron James Throws Daryl Morey Under The Bus Over China Controversy, Gets Instantly Ripped Apart On Twitter Over His Comments 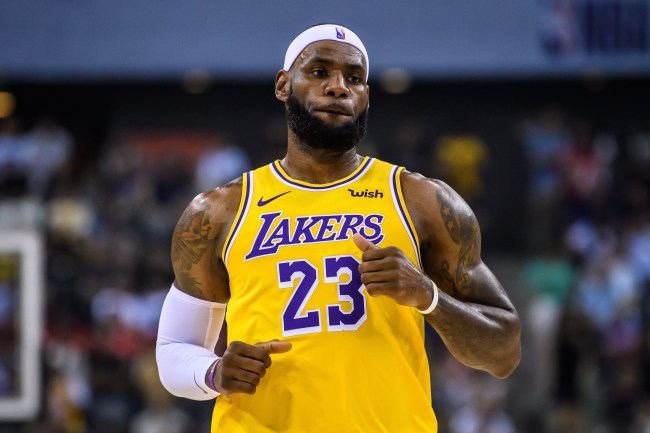 LeBron James has chimed in on the Daryl Morey China situation and has somehow made everything worse.

Over the past few weeks, the NBA has faced a firestorm from China after Daryl Morey posted a tweet supporting protestors in Hong Kong. 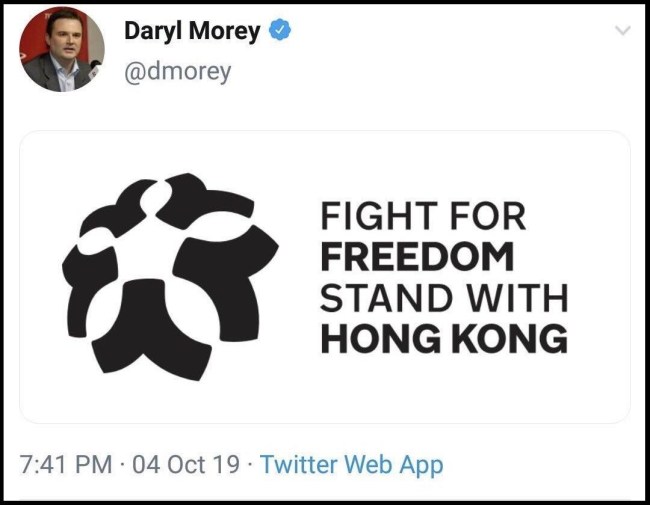 Morey deleted the tweet and released a statement showing regret that people in China were angered by his solidarity with Hong Kong while Rockets owner Tilman Fertitta distanced himself from his GM and Rockets star James Harden apologized for Morey’s comments.

China went on to vow to pull all Houston Rockets games from Chinese TV and began painting over the team’s logo at gyms.

LeBron, who just played two games in China, made his first public comments surrounding the controversy and was critical of Daryl Morey.

In his press conference with the media today, LeBron said Morey wasn’t educated on the China/Hong Kong situation and that Morey was being selfish when he tweeted out the “Freedom for Hong Kong”

Here is LeBron on his belief that Daryl Morey "wasn't informed" on the situation in China, and his thoughts on the consequences that come with free speech pic.twitter.com/JOVRSDzCIg

Update: LeBron tried to clarify his comment and said Morey should have waited a week to make his comment.

LeBron got immediately crushed on Twitter over his comments on Morey.

I actually can't believe that LeBron, who had DAYS to think about his answer, went with blaming Daryl Morey and saying that it was MOREY who was uneducated in speaking about the topic. And then suggests it was MOREY who was selfish here, instead of the Chinese government.

LeBron literally has a show on HBO where they break down social injustices in America and how the system is letting people and children here down, but fuck all those people facing injustice in Hong Kong I guess because $$$

All loyalties to the swoosh on his chest. https://t.co/w4I4Sv1NB1

Daryl Morey's educational achievements: Has a B.S. in Computer Science from Northwestern University and an M.B.A. from the MIT

so the natural follow up is: What does LeBron think the situation in China is, if Morey was misinformed? https://t.co/yt7jS5UigX

Ironic. Morey's tweet wasn't about himself. It was about people in Hong Kong, who LeBron didn't even mention.

Someone is definitely thinking solely about himself in this situation, that's for sure. https://t.co/pf7irXdQ5u

So @KingJames says the ONE GUY who spoke up for freedom and liberty and against tyranny "wasn't educated on the issue?"

You mean, he needs to be re-educated?

This is an embarrassment. https://t.co/GWMNvu0pHi

It might be one of the few things most Americans can agree on these days, but LeBron siding with China on Hong Kong (and against Daryl Morey) is a bad look. https://t.co/rodjlBvWlW

It's basically gonna be impossible to ever take LeBron or Kerr seriously on social advocacy again.

Welp, the 3 NBA figures who most prominently speak out on important matters – Pop, Kerr and LeBron – have now gone 0-for-3 on China https://t.co/h7CaxrjCsZ

LeBron James criticizes Daryl Morey for tweeting about China: "We all do have freedom of speech, but at times there are ramifications." This is exactly the line taken by those who think it's OK for the NFL to keep Colin Kaepernick out of the league. https://t.co/dfBfqdRvaJ

The truly sad thing is there will be people who hear LeBron’s comments and be persuaded that Morey was wrong to speak out about a country that puts millions of religious minorities in camps.