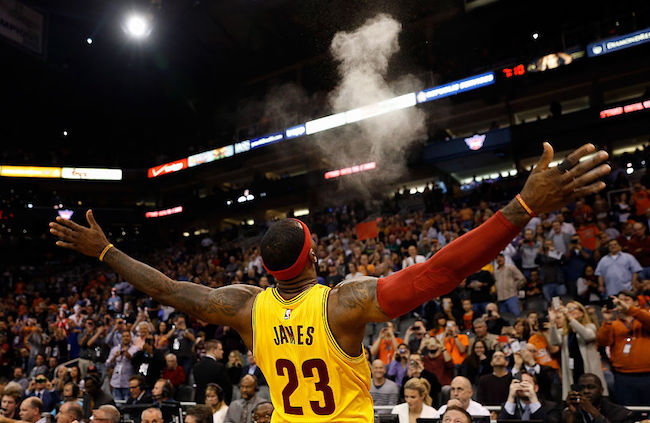 The World Cup has saved this period from being the worst time to be a sports fan. Football and basketball are months away from importance, and LeBron is in an opt-out situation. You know what that means–we have to treat every move he makes as some subliminal message about his next move. The media is currently chewing on the carcass that is LBJ changing his Instagram profile photo. Riveting stuff.

LeBron has until Friday to exercise his $35.6 million player option and the decision that will undoubtedly shake up the competitive landscape won’t be as theatrical as 2010’s infamous Decision, but it will be just as contrived.

According to Hype Magazine, LeBron will announce where he could spend the final years of his career on Instagram’s new TV app, dubbed IGTV. IGTV, available as an app, allows users to watch and share videos up to an hour long.

Scoop B was told that LeBron James will use his Uninterrupted to make his decision.

In addition, once James announces his decision, he will utilize the Instagram TV app to launch a trailer and/or a documentary for his Space Jam 2 that we’ve waited forever and a day to see.

For those keeping score at home, Warner Bros. announced in May 2016 that a sequel is in the works.

I was also told that LeBron James had to let some of his sponsors know where he would be going.

The reasoning behind it is that the contents of this said trailer will state where the King is actually going.

The person who informed me of this supposed trailer also indicated what team the King is going to.