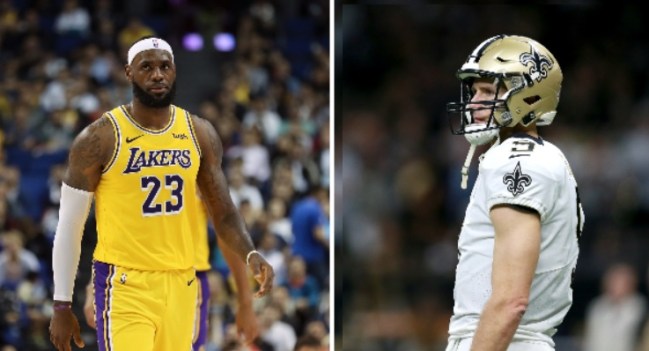 Drew Brees is catching plenty of heat over his recent comments against NFL players kneeling during the anthem to protest brutality.

On Wednesday, Brees spoke told Yahoo Finance and said that he would never agree with someone being disrespectful to the flag when he was asked about NFL players potentially taking a knee during the anthem to protest brutality following the death of George Floyd at the hands of Minneapolis police officer Derek Chauvin.

Brees has been criticized by several prominent African-American athletes over his stance including LeBron James who blasted the Saints QB in several Twitter posts.

WOW MAN!! 🤦🏾‍♂️. Is it still surprising at this point. Sure isn’t! You literally still don’t understand why Kap was kneeling on one knee?? Has absolute nothing to do with the disrespect of 🇺🇸 and our soldiers(men and women) who keep our land free. My father-in-law was one of those https://t.co/pvUWPmh4s8

men who fought as well for this country. I asked him question about it and thank him all the time for his commitement. He never found Kap peaceful protest offensive because he and I both know what’s right is right and what’s wrong is wrong! God bless you. 🙏🏾✊🏾👑