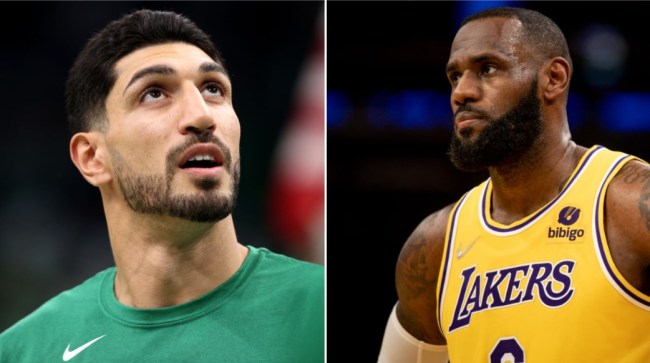 LeBron James is firing back at Celtics big man Enes Kanter for criticizing him on social media.

While wearing custom sneaker that featured an image of LeBron bowing to China’s President, Kanter decided not to confront the Lakers superstar on the court during Friday night’s game.

Moments after LeBron James walks on to the floor to warm up, right behind him is Enes Kanter who has on more than one occasion, called out LBJ for not speaking out more on social injustices outside the US. #ackward pic.twitter.com/l8lBkXcJvN

While speaking to the media after the game, LeBron said Kanter should have directly talked to him face-to-face about his issues like a man instead of avoiding him.

LeBron James said he won’t “give his energy” to Enes Kanter’s use of his likeness on his sneakers to bring attention to human rights violations in China. He added that Kanter, as a man, should approach him directly. “He saw me in the hallway tonight and he walked right past me”