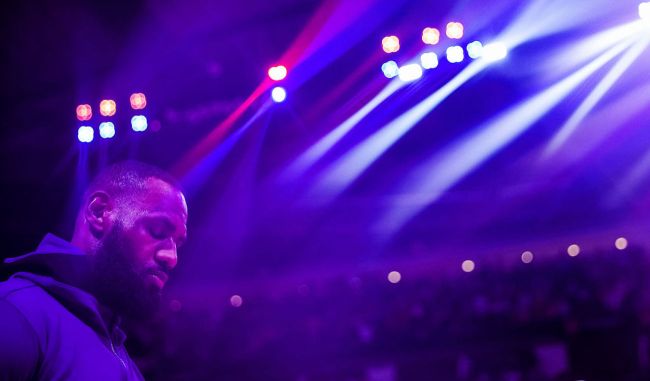 Over the weekend, NBA legend LeBron James shared a meme to his Instagram account — the Spider-Mans pointing-at-each-other meme, to be exact — that intimated that COVID-19, the flu, and a cold are all the same thing.

In response to LeBron’s Instagram post, fellow NBA legend Kareem Abdul-Jabbar wrote an open letter to the four-time NBA champion, explaining the difference between the three and detailing why LeBron’s stance is counterproductive.

“The CDC reports that those who are unvaccinated are 9 times more likely to be admitted to the hospital and 14 times more likely to die from COVID than those vaccinated. The number rises to 20 time more likely when compared to someone who’s gotten a booster shot. By posting the uninformed meme, LeBron has encouraged vaccine hesitancy which puts lives and livelihoods at risk.” Abdul-Jabbar wrote on Substack.

LeBron, however, told reporters on Tuesday night that he did not have a response to Abdul-Jabbar and that “if you saw the post and read the tag, you know that I’m literally, honestly asking, ‘help me out.”

LeBron James said he did not have any response to @kaj33's essay this week calling out his Instagram post equating Covid-19 with the cold and the flu. He then said people seem to have forgotten about the flu and colds amid the coronavirus pandemic.

Well, here’s the thing, LeBron: Kareem literally wrote a 1,000-word essay in an effort to “help” you out, chock full of scientific data and thoughtful sociopolitical commentary. All of the questions LeBron could possibly have, all of the things he needs “help to figure out” — from the scientific aspects to the societal — were addressed in Kareem’s essay. Similar to his ex-teammate Kyrie Irving, LeBron thinks he’s being profound, but he’s really just missing the point entirely.

RELATED: ESPN Shocks The World, Features LeBron James Getting Dunked On In ‘You Got Mossed’ Segment