ESPN Shocks The World, Features LeBron James Getting Dunked On In ‘You Got Mossed’ Segment 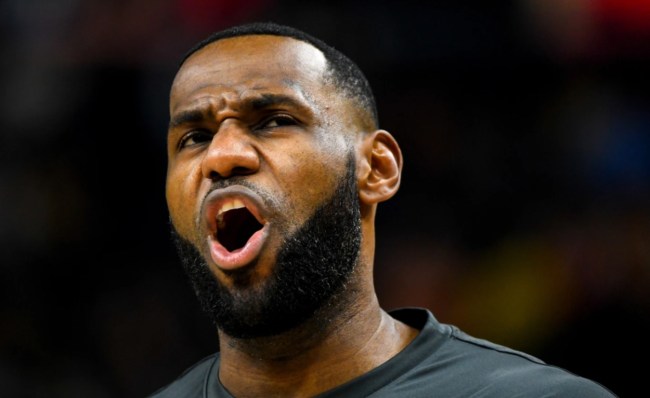 Folks, we’re honestly lucky that the Earth is still spinning after ESPN decided to do the unthinkable ahead of Monday night’s game between the Saints and Dolphins.

ESPN never does anything that puts James in a negative spot. The man could run over a dog and the network would defend LeBron and blame the accident on the dog. LeBron simply can not do wrong in the eyes of the worldwide leader, but on Monday night ESPN actually embarrassed James.

During the pregame show ahead of the Monday Night Football game between New Orleans and Miami, ESPN decided to put James on the ‘You Got Mossed’ segment. The segment is usually reserved for football highlights, typically players making catches over others, but they dug into the NBA this week.

During the Lakers-Nets Christmas game, James got dunked on rather viciously by Nic Claxton. Booger McFarland saw the play as a ‘You Got Mossed’ highlight and made it the No. 1 clip during the segment.

LeBron and the Lakers fell to the Nets on Christmas giving them their fifth straight loss.

What is the world coming to? Is it now safe to make fun of LeBron publicly, on national television? It looks like it.