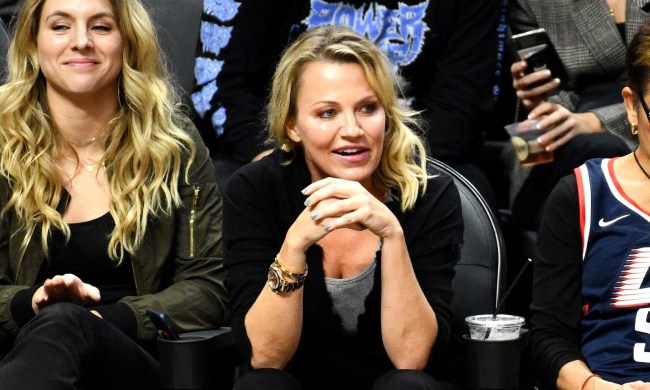 It’s been over 10 years since LeBron James decided to announce his departure from Cleveland with a truly ridiculous, 75-minute special on ESPN. Yes, it helped raise millions of dollars for charity, but that doesn’t mean it wasn’t also bizarre.

Michelle Beadle was one of the millions of people who criticized James and ‘The Decision’ and was never shy to criticize the face of the NBA during her time at ESPN. She was far from the only ESPN employee to take jabs at James, but we’ve since learned that James specifically didn’t like her firing shots in his direction.

Beadle agreed to a buyout with ESPN in 2019 and after stepping away from the worldwide leader, she finally shared some details about her exit back in November of this year. Among the many things she discussed on the ‘What Did I Miss‘ podcast, she claimed that James tried to get her fired.

“He did try to [get me fired]. I was like, ‘I’m honored I’m even on your mind. Thank you very much, sir. That’s a very weird place for me to be,” Beadle said.

“My stuff with him started off not personal. I made fun of ‘The Decision’ like 400,000 other talking heads did at the time. I think for some reason that was it. It wasn’t personal to begin, but now it will always be personal. It is what it is.”

Beadle Shares New Details Of LeBron Wanting Her Out

A few weeks have now passed since Beadle’s first claims about James wanting her out at ESPN, but she decided to share even more on a recent appearance on the ‘House of Strauss‘ podcast.

Host Ethan Strauss asked Beadle what it was like to go through all of that in real-time.

“To find out … I was just like ‘hey, what a weird person to have any input on your life,’” Beadle said.

“He had a person at the network who he wanted. He wanted her to be the host of [NBA Countdown]. He does not like me, and I honestly have stopped trying to figure out why. For some reason, it goes back years. I’ve been around Maverick Carter. He refuses to shake my hand.”

It’s highly probable that the person Beadle claims LeBron wanted was Rachel Nichols. Nichols and James have always had a strong relationship. ESPN replaced Beadle with both Maria Taylor and Beadle on its NBA pregame show in 2019.