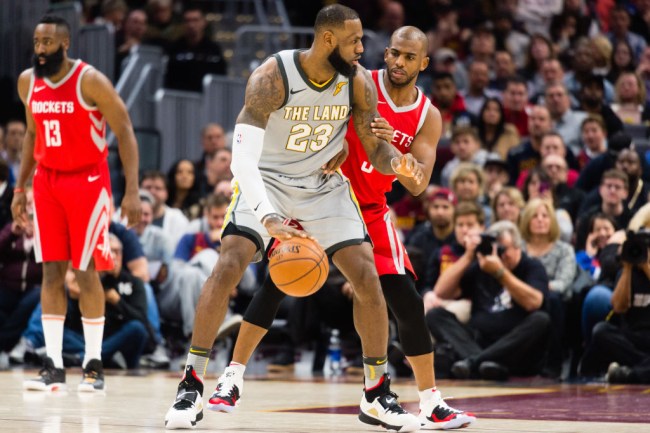 It’s official, LeBron James has opted out of his contract with the Cleveland Cavaliers and will become a free agent.

Unfortunately, LeBron opting out of Cavs contract means that the Houston Rockets are probably out of the running because they don’t have the cap space to sign him outright and needed an opt-in trade to acquire LeBron.

Had the Cavaliers chosen Option 2, they’d have negotiated a legal trade package with LeBron’s preferred team, using James’ $35.6 million player option as the salary they must match. Any team could theoretically do that, though some can do it easier than others. Houston could have done that.

But he opted out. So why does that kill Houston’s chances
Opting out effectively limits the field to the following teams: Lakers, Sixers, and Cavaliers. The Lakers and 76ers are the only teams in the LeBron hunt with the cap space to sign him outright, and the Cavaliers have Bird Rights. None of the other potential LeBron destinations have enough cap space to give LeBron a maximum contract beginning at 35 percent of the salary cap.

Not surprised by the LeBron decision. The impact is that a sign and trade (see Houston) would likely be off the table because of the hard cap and the pool of teams now shrink to a possible 3…..Cleveland, LA Lakers and Philadelphia.

A sign/trade is extremely difficult to pull off because of the hard cap (projected $129M). So, if you are a team like Houston, how do you fit 3 max players in Harden, CP, LeBron ($100M+) and possibly Capela plus fill out your roster and stay under $129M?

Tough break for the Rockets but they were a longshot to pick up LeBron this offseason to begin with.